One of the reasons why Windows 8 failed so miserably on the market was the fact that the new OS lacked the beloved Windows Start Menu, leaving people to dig for their programs in Charms. Now, after having learned its lesson, Microsoft has fixed this mistake by shipping Windows 10 with a Start Menu again. Unfortunately the new Start Menu does not look anything like the menu you had in Windows 7 and it even includes some of the hated Metro tiles, seen for the first time in Windows 8.

So what do you do then? Stick to Windows 7 or install Windows 10 and try to live with the new Start Menu? You don’t have to choose now – a new app called Start10 has you covered.

The app comes from Stardock, which is known for releasing skins for Windows and in fact Start10 is another such skin, it’s just it is all about the Start Menu. In Start10’s case, the program replaces the Windows 10 Start Menu with the one seen in Windows 7, so you will be good. But there’s more – the program is also fully customizable so you won’t be stuck to the Windows 7 visuals forever. You will be able to try various looks and even create a new Start Menu, not to mention you can change colors as well.

The only downside is that Start10 is paid software – the app is now available for USD 4.99, but given the fact you will have the best of both worlds plus full customization options, the deal might be pretty sweet. Besides Windows 10 is here to stay so what do you lose?

You can find the new Start10 software on Stardock’s web site.

NZXT, a company built on realizing the dreams of gamers worldwide, is proud to announce the Guardian 921, a gaming chassis in the NZXT Crafted Series. Building off of the original Guardian's success, the Guardian 921 features a robust set of features for the budget conscious PC Gamer. Designed... 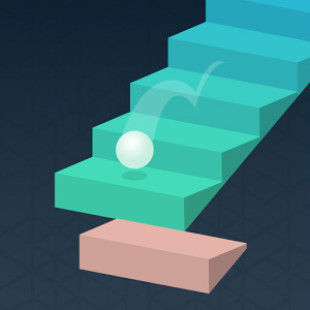 Dropple is one of these games that are hard to describe. The reason is trivial - this is an unusual game and the gameplay may feel strange to some people. The thing is that Dropple takes you to a strange world where there's almost endless space. So it happens that there's a ball that wants to...