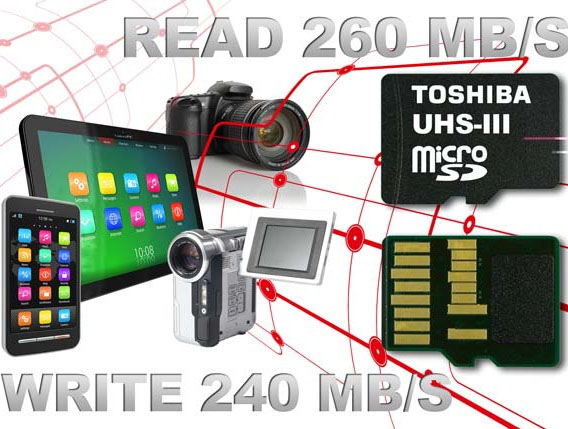 Toshiba, one of the most famous tech companies and inventor of flash memory, has presented two new memory cards that offer unprecedented speed and have every right to be called the world’s fastest microSD cards.

The new cards are the first to comply with the UHS-II interface standard and fully meet the requirements of UHS Speed Class 3 (U3), which means that they can write 4K video at minimum write speeds of 30 MB/sec. This means that the new cards can record 4K2K video, live broadcast and content with no problems.

The new Toshiba cards will reach the mass market by summer 2014. The pricing of the two newcomers is unknown at the moment.