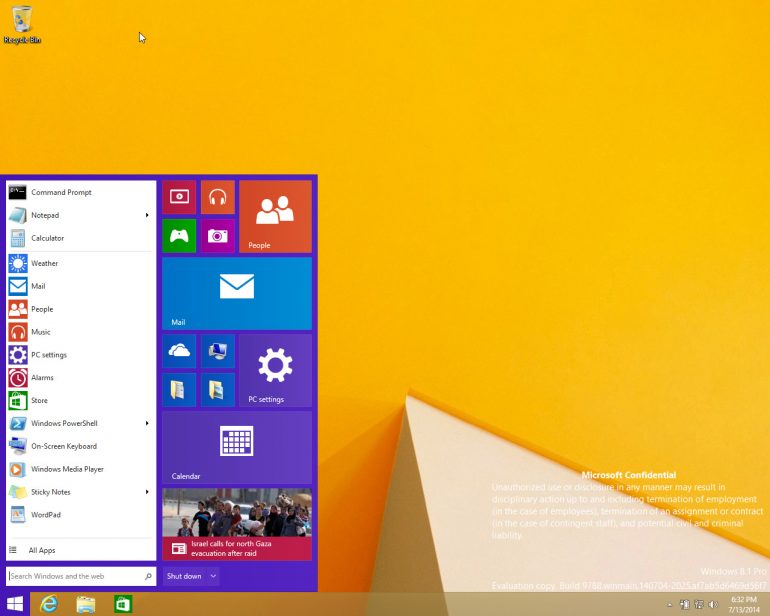 When it comes to operating systems Windows 9 is the hottest thing right now. The new operating system is expected in 2015 but some sources now claim that it will come out by the end of this year. The new OS will not only try to fix all problems Windows 8 presented but it will also add the missing and missed Start menu that was present in all Windows versions prior to Windows 8. Now a new leak shows how the new Windows 9 Start menu may look like.

If the information that was leaked is correct then we will all get a Start menu that looks like a combination between the Start menus of Windows 7 and Windows 8. The left side will look like Windows 7’s Start menu while the right side will be populated with Windows 8-styled tiles. You will use the left side to search for files and programs and start programs and the right side to use various Microsoft services. The new menu is also expected to feature some customization options. It is not clear now to what extent you can customize the Start menu but presumably you will be able to move and resize the live tiles.

The leaked Start menu seems to be part of build 9788, compiled on July 4. The ISO file of the build has not been leaked yet but it appears that the build itself exists somewhere inside Microsoft and that it might be based on Windows NT kernel version 6.4. Although the watermark on the leaked picture shows Windows 8.1 this is not unusual for an early alpha of a new Windows build. It is also likely that this might be Windows 9 Threshold, which is expected to be released in spring 2015. Windows 9 is also likely to be released in multiple SKUs with at least one of them oriented towards mouse-and-keyboard use.