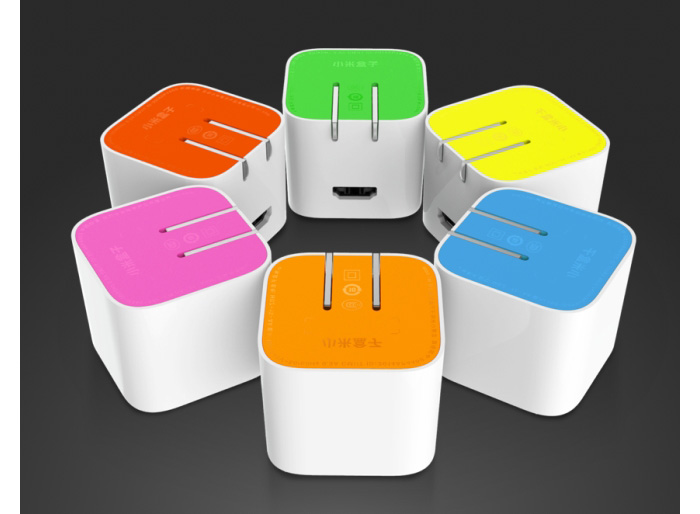 The Chinese tech company Xiaomi has launched a new and rather interesting device, called Mi Box Mini. In case you don’t know what this is, we will tell you – the Mi Box Mini will allow you to watch your favorite online videos and listen to online music right on your TV set and thus it happens to be a competitor of the Google Chromecast device.

The appearance of such devices is not a surprise as in recent years the differences between regular TV sets and computer monitors have become almost non-existent. Of course, right now you can stick an Internet cable in your TV and watch videos and listen to music too but the cost will be the cable that goes around your house. Well, the Mi Box Mini fixes exactly this issue by using wireless technology.

To do so the new Xiaomi Mi Box Mini gadget employs hardware – the device is equipped with a Cortex A7-based quad-core processor at 1.3 GHz, 1 GB of RAM and 4 GB of on-board storage memory. The device, which by the way is as big as a ring box, gets power from any wall socket and provides a full sized HDMI port that can be used to connect to displays as well as both Bluetooth and Wi-Fi connectivity. The Bluetooth technology is included so that you can control the Mi Box Mini with a remote control. The device is able to output a 1080p Full HD signal and comes with support for Dolby DTS audio.

Despite all these hardware features the Mi Box Mini is a cheap device – Xiaomi needs just USD 30 to sell the gadget to you.

Star Chef – cooking is not everything