Blizzard Entertainment, Inc.  announced plans for the third expansion to World of Warcraft®, its award-winning massively multiplayer online role-playing game (MMORPG). Unveiled at the company’s fourth BlizzCon® gaming festival, World of Warcraft: Cataclysm™ will bring sweeping changes to the world of Azeroth. Players will be able to adventure as two new playable races, achieve new levels of power, take on challenging quests and dungeons in all-new zones, and experience dramatic changes to familiar aspects of the game in the wake of a world-shattering disaster.

“In addition to revitalizing some of the most familiar and iconic areas of the game world, this third World of Warcraft expansion will add new features and a large amount of new content for players to explore,” said Mike Morhaime, CEO and cofounder of Blizzard Entertainment. “We’re excited to be offering a first glimpse of Cataclysm for attendees of BlizzCon, and we look forward to sharing more information with everyone as development progresses.” 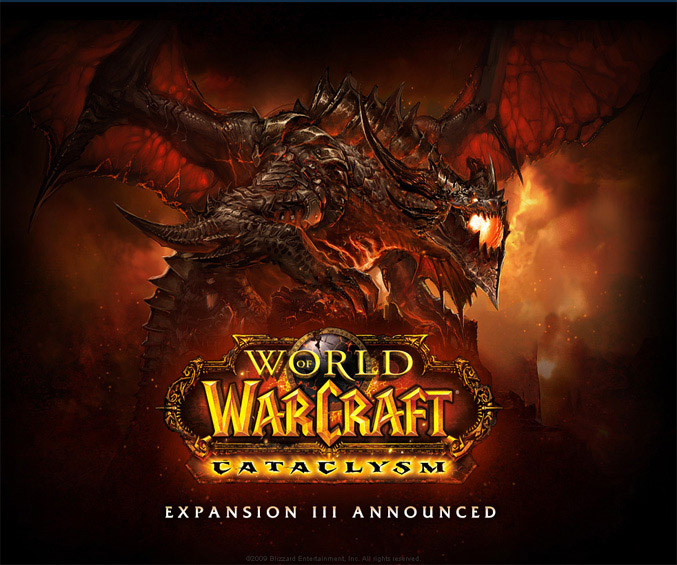 In Cataclysm, players will witness the face of Azeroth being altered forever, as the corrupted Dragon Aspect Deathwing awakens from his subterranean slumber and erupts onto the surface, leaving ruin and destruction in his wake. As the Horde and Alliance race to the epicenter of the cataclysm, the kingdoms of Azeroth will witness seismic shifts in power, the kindling of a war of the elements, and the emergence of unlikely heroes who will rise up to protect their scarred and broken world from utter devastation. 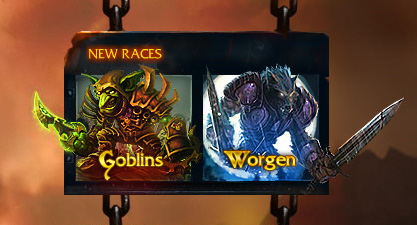 Building on the foundation established in World of Warcraft and its first two expansions, Cataclysm will add a variety of new content and offer players the opportunity to rediscover Azeroth and experience the game from a whole new perspective. New features coming with the game’s third expansion include:

Since launching in November 2004, World of Warcraft has become the world’s most popular MMORPG. The game’s second expansion, Wrath of the Lich King™, sold more than 2.8 million copies within its first 24 hours of availability and more than 4 million copies in its first month, setting both records for PC game sales. World of Warcraft is available in eight different languages and is played in North America, Europe, Chile, Argentina, Russia, mainland China, Korea, Australia, New Zealand, Singapore, Thailand, Malaysia, and the regions of Taiwan, Hong Kong, and Macau.

For more information on World of Warcraft: Cataclysm, visit Blizzard Entertainment’s official website at www.WorldofWarcraft.com. To keep pace with the continued growth of World of Warcraft as well as development on other Blizzard games, the company is currently hiring for numerous open positions — more information on available career opportunities at Blizzard can be found at http://www.blizzard.com/us/jobopp.