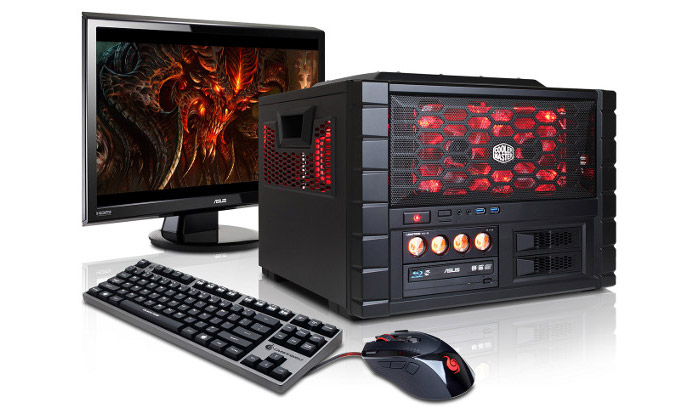 CyberPowerPC has released a new line of gaming PCs known as LAN III. There is a total of four models all housed in box-sized chassis and despite the more than decent hardware all models come at unusually low prices and sport liquid cooling solutions.

The Mini-I is the next more powerful model – this one starts at USD 705 and includes an Intel Core i7-3770K processor, 4 GB of DDR3-1600 memory, integrated Intel graphics, an ASRock B75 motherboard and a 500 GB hard drive at 7200 rpm. The Mini-I is held together by a BitFenix Prodigy gaming case.

The LAN III line continues with the LAN III Xtreme model based on a slower Intel Core i5-3570K processor but this one boasts full 8 GB of DDR3 RAM and an NVIDIA GeForce GTX 650 graphics card – all housed in the same BitFenix Prodigy gaming case along with a Gigabyte Z77 motherboard, a 24x DVD-RW drive and a 1 TB hard drive. The LAN III Extreme starts at USD 795.