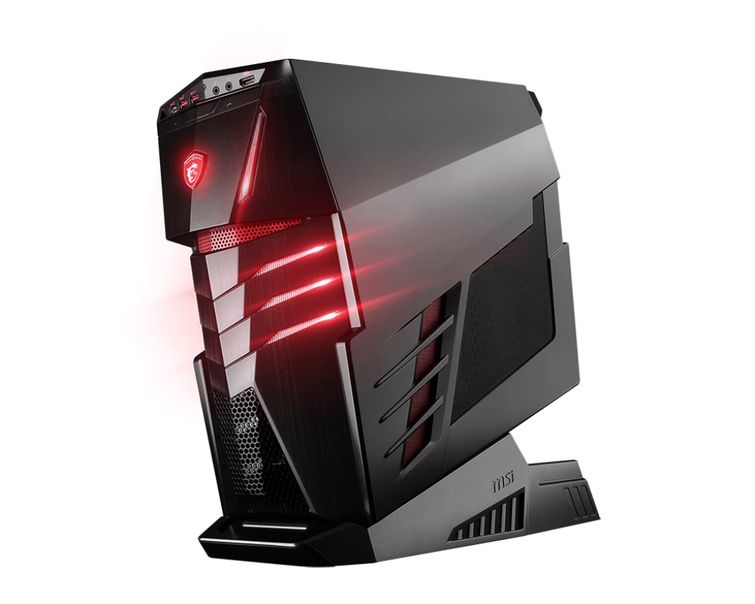 A few weeks ago it became clear that MSI was planning a new, powerful gaming PC called Aegis Ti. We knew little of the hardware specs back then speculating the computer could come with two GeForce GTX 1080 video cards. Fortunately the tech specs of the Aegis Ti have now been unveiled by MSI and they are more than impressive.

Yes, the computer will come with two GTX 1080 cards, but those of you willing to save some money can have their Aegis Ti with two GeForce GTX 1070 video cards in SLI instead. This new gaming PC will also be based on an MSI Z170 motherboard and Intel Core i7-6700K or Core i5-6600K processors (which means you can overclock them). In fact the machine features a special overclock button so making the Aegis Ti run faster is a piece of cake. In addition the computer has Silent Storm Cooling 3 – an innovative cooling system that pushes air from three points in the Aegis Ti case and not mixing the air at that, four DDR4 memory slots for up to 64 GB of DDR4-2400 memory as well as a storage sub-system that consists of two SSDs in RAID 0 or two 3.5-inch hard drives plus a single SSD. In RAID 0 mode users will be able to enjoy up to 3300 MB/sec of read speed! The specs list ends with 802.11ac Killer Wireless-AC 1435 Wi-Fi, Killer E2400 Gigabit Ethernet, seven USB 3.1 ports, RGB LEDs and an 850W power supply unit with 80 Plus Platinum efficiency.

The Aegis Ti will be in stores this month. The price of the new MSI gaming computer is unknown as of now.