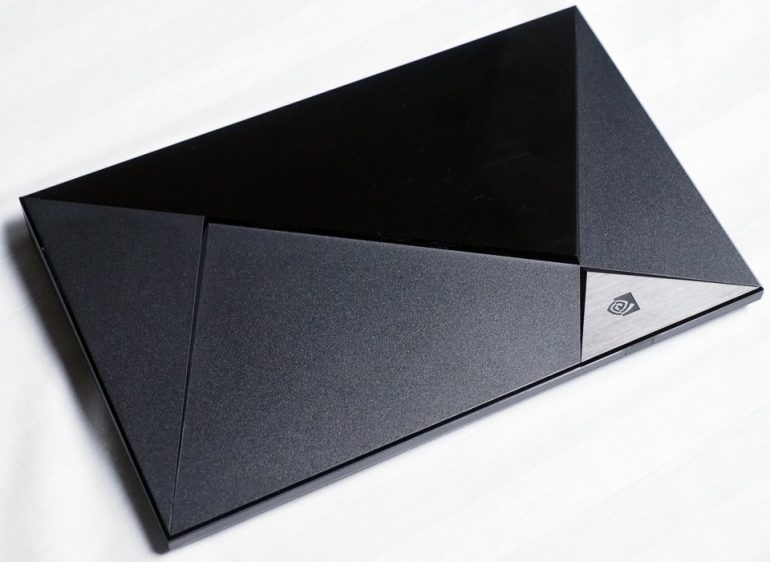 At an event held in San Francisco, California the GPU maker NVIDIA has presented its rumored SHIELD gaming console. The new device combines features typical for a supercomputer, a gaming console and a TV set.

The SHIELD runs Android TV and has full support for 4K TV gaming. The gaming console comes housed in a stylish aluminum chassis and hides an NVIDIA Tegra X1 processor with 256 CUDA cores that provide 1 TFLOPS of performance, which makes the console much faster than the already existing Apple TV and Xbox 360. The device also has 3 GB of RAM and 16 GB of internal memory, which you can expand via a microSD memory card. The console has many connectivity options – it has support for Wi-Fi 802.11ac, Gigabit Ethernet, Bluetooth, Twitch and an IR receiver for a standard remote control.

The main function of the SHIELD is, of course, to run games and that’s why NVIDIA has created a special list of games that can be played on the new gaming console. The list includes massive hits such as Crysis 3, Doom 3 BFG Edition, Alan Wake, Half-Life 2, War Thunder, Batman: Arkham Origins, Star Wars: Knights of the Old Republic and others. The games can be run via NVIDIA Grid at 1080p resolution at 60 FPS. The SHIELD also includes a wireless controller that uses Wi-Fi Direct technology. The battery inside the controller can provide power for up to 40 hours of gameplay before it needs to be recharged.

The SHIELD will be commercially available in May for USD 199. The package will include a single wireless controller and if you want to buy another one, you will have to spend USD 60 on it.