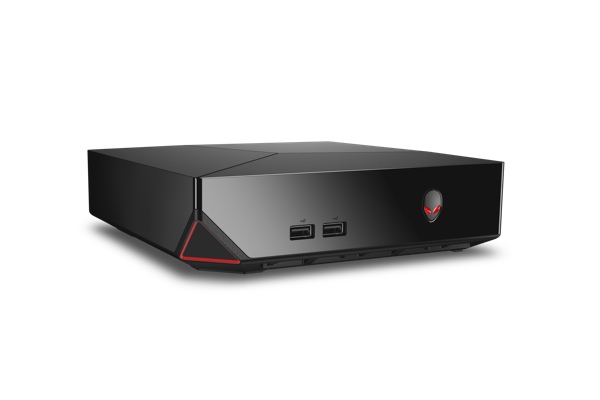 The popular gaming PC maker Alienware, a subsidiary of Dell, has presented a new compact gaming system that goes by the brand name of Alienware Alpha.

The new company product resembles a gaming console and there is a reason for that – it has a specifically developed console user interface and will come with wireless Xbox 360 controllers. Despite this the Alpha runs Windows 8.1 and makes use of regular PC hardware. The device has several models one of which comes with an Intel Core i3 Haswell processor, 4 GB of DDR3 memory, a Maxwell-based NVIDIA graphics card with 2 GB of GDDR5 memory, 802.11ac Wi-Fi, two USB 2.0 ports and two USB 3.0 ports, Bluetooth 4.0, an optical drive and an Ethernet port. If this is not enough for you then you can upgrade the system with Intel Haswell Core i5 and i7 processors, up to 8 GB of RAM and hard drives with capacities of 500 GB, 1 TB and 2 TB.

The cheapest Alpha model will sell for USD 550. The device will come to market by the end of the year.