The next-generation Battle.net gaming platform will integrate with the world’s most popular social platform, Facebook, as announced by Blizzard Entertainment. The first integration step will allow players of StarCraft II: Wings of Liberty to quickly add gamers who are friends on Facebook to their friends list in Battle.net. This will facilitate their social gaming experience on the service.

Chief Operating Officer of Blizzard Entertainment, Paul Sams, said that they are pleased to be working with Facebook to integrate their platform with Battle.net, in order to enhance the social gaming experience for their players. He also stated that this new functionality will make it easier than ever to connect with friends on the Battle.net gaming platform, and play StarCraft II and future Blizzard Entertainment games together.

This new integration will be tested in the near future through the StarCraft II: Wings of Liberty closed-beta test. The feature will be available to all StarCraft II players when the game releases later this year.

More information about other facebook-related features on Blizzard’s Battle.net will be revealed in the future.

Although the hard drive crisis sparked renewed interest toward SSDs, the price you have to pay in order to get one is still too high for most users. Intel will try to remedy the situation by releasing new budget-oriented solid-state drives that belong to the Intel 330 SSD line. Sporting... 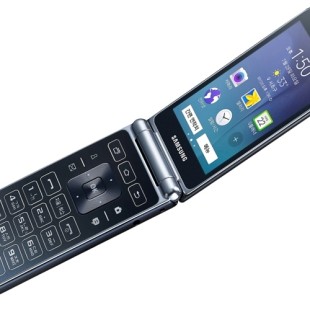 About a year ago Samsung released the Galaxy Folder smartphone – a device, which came with the less and less common flip design. Perhaps the smartphone was an attempt to reverse this trend but who knows? Anyway, a year in the smartphone world is a long time so an update is needed and it will...

LG Electronics, a worldwide technology and design leader in mobile communications,  announced the launch of LG ARENA (LG-KM900) at the World Mobile Congress 2009. ARENA is a fully loaded multimedia phone that offers an exhilarating audio and video experience made possible by LG’s intuitive new...