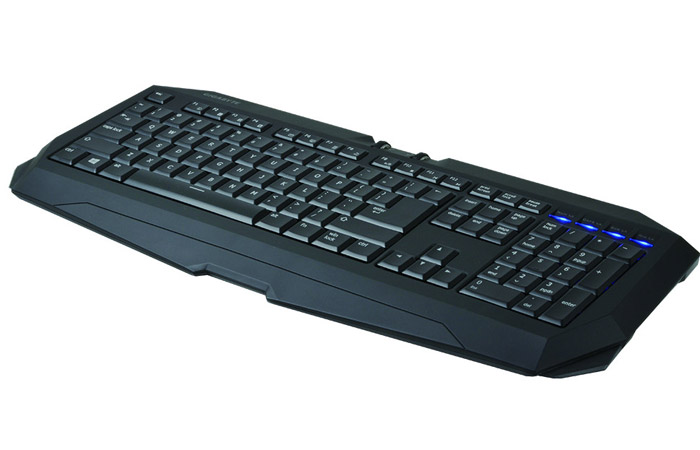 Apart from making motherboards and graphics cards the Taiwanese Gigabyte also produces gaming hardware and the latest creation of the company in this field is the Force K7 Stealth gaming keyboard.

The Force K7 Stealth is a stealth fighter jet in a keyboard chassis. The device comes in all black and has a LED backlight in blue that lights up the keyboard’s keys with each one of them featuring scissors technology.

The keyboard also offers the option to change the LED backlight color – users can choose among blue, green and cyan colors and there’s volume control too. The Force K7 Stealth comes with a Win-lock key that disables the Windows logo key so that you will never exit any game anymore when you press the wrong key. Then again it has anti-ghosting that allows up to 7 keys to be pressed simultaneously – but these 7 keys are limited to Q, W, A, S, D, left Shift and Space – the keys most gamers use to play games.

The Force K7 Stealth measures 480 x 195 x 26.5 mm and weighs 1100 grams. The keyboard uses the USB interface to connect to any PC. Its pricing is still unknown.