Launch Event in North America for the StartCraft II: Wings of Liberty Release

Blizzard Entertainment announced their plans for the official midnight launch event in North America for the release of the most anticipated sequel to the 1998 StarCraft RTS game, StarCraft II: Wings of Libery.

Activities will take place starting on the 26th of July, 2010, and sales of StarCraft II: Wings of Liberty will begin at midnight.

“We’re looking forward to celebrating the launch of StarCraft II: Wings of Liberty with our community at the official launch event here in Southern California and at other locations worldwide,” said Mike Morhaime, CEO and cofounder of Blizzard Entertainment. “This is something we’ve been working toward for several years, and we’re excited to soon be able to share the results of that work with gamers around the world.”

Attendees who will be the first to acquire the game will also have the opportunity to meet the StarCraft II developers from Blizzard Entertainment. They will also be able to purchase standard edition of the game for the price of $59.99, as well as the Collector’s Edition for the price of $99.99.

The Collector’s Edition of StarCraft II: Wings of Liberty will feature:

For more information on StarCraft II: Wings of Liberty read the announcement article by clicking here. 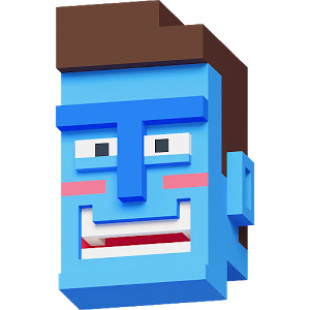 Steppy Pants is one of the unusual games that we have seen on Google Play. Here you will teach your character how to walk…if you can. The game features simple gameplay and maybe this is the reason why this app does not come with a tutorial. In fact you will learn how to play Steppy Pants as...

Announced today,  the Canon PowerShot SD4000 IS Digital ELPH camera is the first of the Digital ELPH series to offer a high-sensitivity system, known as Canon's HS SYSTEM, with a CMOS sensor and bright f/2.0 lens, helping for better shooting in low-light conditions. Offering 10-megapixel...

After working on power efficient Kabini APUs Advanced Micro Devices has prepared a new generation of Opteron chips that will have similar power efficiency. Codenamed Kyoto the new processors are expected this summer and will be best used in micro servers where they will compete with...