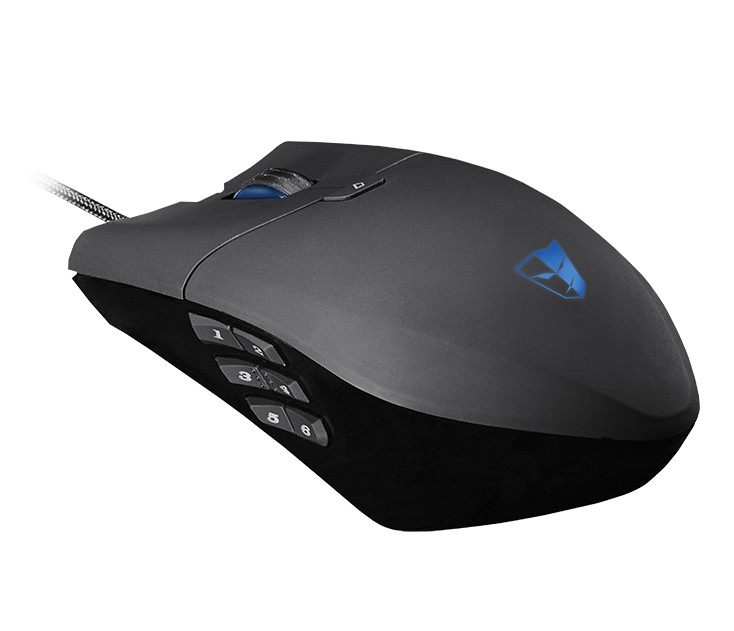 The US company Tesoro, known for making gaming peripherals, has released a new gaming mouse called Thyrsus (model number TS-H8L). As you can see the mouse is called after the staff of the ancient Greek god Dionysus and this brings something new to this field.

The new Tesoro Thyrsus gaming mouse is designed for gamers who play online MMO and MOBA games and includes a laser sensor at 8200 dpi. The mouse features a processor with 1000 Hz of polling rate inside, Omron switches that can withstand 10 million clicks, built-in LEDs and a sensor that can work with accelerations of up to 30g. An unusual feature of the Thyrsus is that it comes with six customizable buttons next to the left mouse button. 64 KB of internal memory allow gamers to save up to 5 profiles and configure 35 macro keys and 1600 recordable actions and there are 2 meters of braided cable that end with a gold-plated USB connector.

The new Tesoro Thyrsus gaming mouse will be on the market this August. In the USA the mouse will sell for USD 69.

Sony Announces an Unparalleled Software Line Up, Launch of the PSP Go System, and New Services for PSP and PlayStation Network at E3 2009