Blizzard Entertainment announced that the closed-beta testing phase for the highly-anticipated expansion pack, World of Warcraft: Cataclysm, has launched.

Issuing of participated players has already started. Accepted beta testers will be able to take a glimpse into the early stage of the game while providing critical to the balance issues of the game feedback.

Our focus with Cataclysm has been to build on the knowledge that we have gained through the previous expansions to deliver the best and most compelling World of Warcraft content for their players to date, said CEO and cofounder of Blizzard Entertainment, Mike Morhaime. He also explained that gathering focused feedback during the beta test will go a long way in helping them reach that goal when they launch Cataclysm later this year.

The world of Azeroth will be heavily altered by the return of the Dragon Aspec Deathwing in the third expansion pack for the most popular MMORPG of all time, World of Warcraft: Cataclysm.

New reshaped by destruction areas with new adventures, two all-new races – the worgen and the goblins, and a new level cap of 85 is going to bring lots of entertainment to the players of the game. 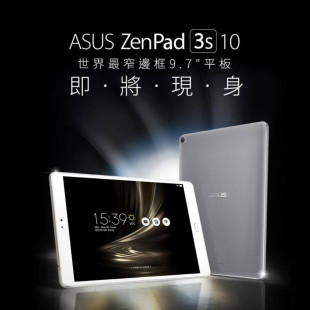 Despite the dwindling tablet market ASUS has made a bold step forward – the company has announced the new ZenPad 3S 10 tablet whose main mission will be to compete with the iPad Air, the iPad Pro and the Samsung Galaxy Tab S2. The new ZenPad 3S 10 has been announced at an official ASUS event...

AMD has decided to discontinue the monthly graphics driver updates that have been with us for years. Instead the tech giant will now focus on releases that will see light of day “when it makes sense”. “With the release of the Catalyst 12.6 Beta driver, AMD would also like to announce...