Sony is considering to follow the actions of game developer Electronic Arts to charge users who buy games second hand an online fee, which means that owners of second hand titles will not be able to participate in an online multiplayer game until they pay. THQ and Ubisoft also followed Electronic Arts’ actions afterwards, and now it seems that Sony is considering going through with it.

It seems that the developers do not like the fact that they do not benefit from the “second-hand market”, where players trade games, or sell their old ones for a cheap price. It is sure that many of the publishers and developer believe that this hurts their future and the gaming industry in general.

Sony told Gamesindustry.biz that it supports these plans for a second-hand game online fee, and also that it is thinking to charge for its own first-party titles.

“On the principle of making online portions of the game available or unlocked from the disc-based release for a fee, we’re broadly supportive of that.” Andrew House, Sony’s European president said.

The CEO of Activision Publishing, Bobby Kotick has also suggested a subscription service for the Call of Duty franchise, which sounds ridiculous, because many of the companies, including Sony, wouldn’t go that far.

The newly arrived Intel Ivy Bridge CPU will be making news in the weeks to follow, being added to a large number of desktops, laptops and ultrabooks and Panasonic is just one of the companies to offer the novelty to its customers in its protected notebook Toughbook CF-53. The notebook model...

If you have a senior person at home, keen on playing flash games or surfing the web, then Telikin has something for you. Indeed, the US company has designed a PC suitable for seniors that it now sells on the Internet. The desktop PC is specifically tuned to meet the needs of the elderly and... 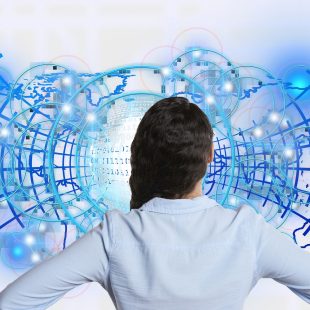 Security is desired by everyone, whether it is about life, jobs, or home. When you leave your home for work or vacations, or when you go to bed at night, the worry of home being secure from all kinds of threats always looms over you. Well, living in a modern world in this digital age has its...