The system will become available in Japan on September 3, 2009, at a RRP of 29,980 yen (including tax). With the introduction of the PS3 system, SCE will also reduce the price of the current PS3 with 80GB HDD to a RRP of US$299 from August 18 and €299 from August 19. Also in North America, the price of PS3 with 160GB HDD will be reduced to a RRP of US$399 from August 18. By launching a vast library of exciting and attractive software titles for PS3 this holiday season and offering customers a line-up of hardware models and pricing to match their preference, SCE will build on the momentum and further accelerate the expansion of the PS3 platform. 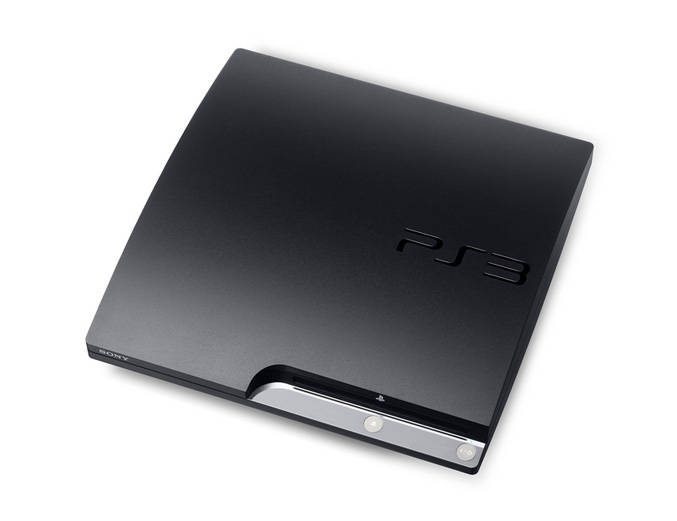 The internal design architecture of the PS3 system, from the main semiconductors and power supply unit to the cooling mechanism, has been completely redesigned, achieving a much slimmer and lighter body. Compared to the very first PS3 model with 60GB HDD, the internal volume as well as its thickness and weight are trimmed down to approximately two-thirds. Furthermore, power consumption is also cut to two-thirds, helping to reduce fan noise. While inheriting the sleek curved body design of the original model, the form factor of the PS3 system features a meticulous design with textured surface finish, giving an all impression and a casual look. With the compact body and casual appearance, the newly introduced model will appeal to a wider audience who are looking to buy the best entertainment system for their home. 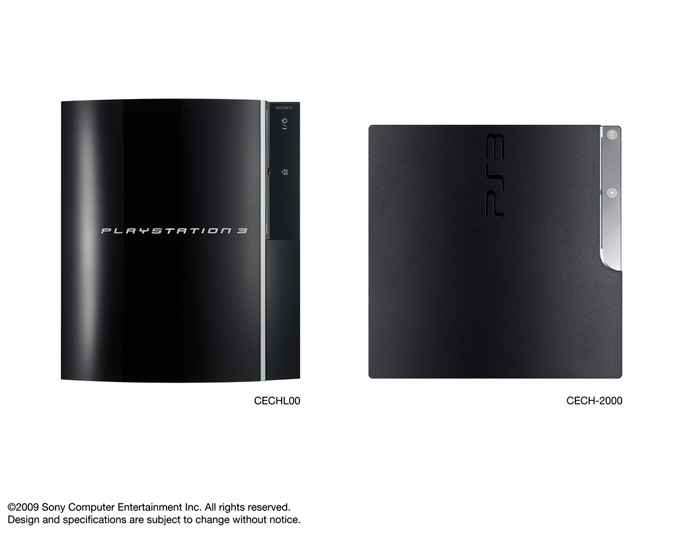 PS3 continues to offer the cutting-edge features and functions of the current models, such as the ability to enjoy high-definition Blu-ray disc (BD) movies and games, as well as various content and services downloadable through the network. The PS3’s storage size has increased from 80GB to 120GB, and with the extra capacity users will be able to store more games, music, photos, videos as well as various content and services available through PlayStation Network. Having more than 27 million registered accounts around the world, PlayStation Network offers more than 15,000 pieces of digital content, ranging from game titles, trailers, and demos to more than 15,000 movies and TV shows via PlayStation Store*1. PlayStation Network members can also download free applications, such as PlayStation Home, a ground-breaking 3D social gaming community available on PS3 that allows users to interact, communicate and share gaming experiences, as well as Life with PlayStation, which offers users various news and information on a TV monitor in the living room by connecting the PS3 to the network.

Other features of the PS3 include:

Concurrently with the release of PS3, system software will be upgraded to version 3.00 on September 1. The update adds various user-friendly features such as the “What’s New” screen, where users can quickly browse the items available in PlayStation Store as well as their recently played games directly on the XMB™ (XrossMediaBar), with short cuts to each piece of content. PS3 will evolve continuously with the system software updates, further improving the operability and enhancing the user experience available through the network. PS3 owners will be able to enjoy features by simply updating the PS3 system software to version 3.00 via the “System Update” function on the XMB*3.

The PS3 system is also equipped with the BRAVIA® Sync™ feature. By connecting the PS3 system and a BRAVIA TV with the HDMI cable, users are able to directly operate the XMB on PS3 using the TV remote control. Other functions include “System Standby” that will automatically turn off the PS3 system when the BRAVIA TV is turned off*4.

By utilizing the separately sold “Vertical Stand”, users will be able to set the PS3 in vertical position*5, making it easier to place the PS3 system anywhere at home. The vertical stand will become available in Japan on September 3, 2009, at a RRP of 2,000 yen (including tax) and in North America at US$24*6.

Removal of “Install Other OS” feature

The PS3 system will focus on delivering games and other entertainment content, and users will not be able to install other Operating Systems to the PS3 system.

Along with a vast line-up of attractive and exciting entertainment content with the PS3 system, SCE will continue to further expand the PS3 platform and create a world of computer entertainment.

Cooler Master is back with MasterCase 3