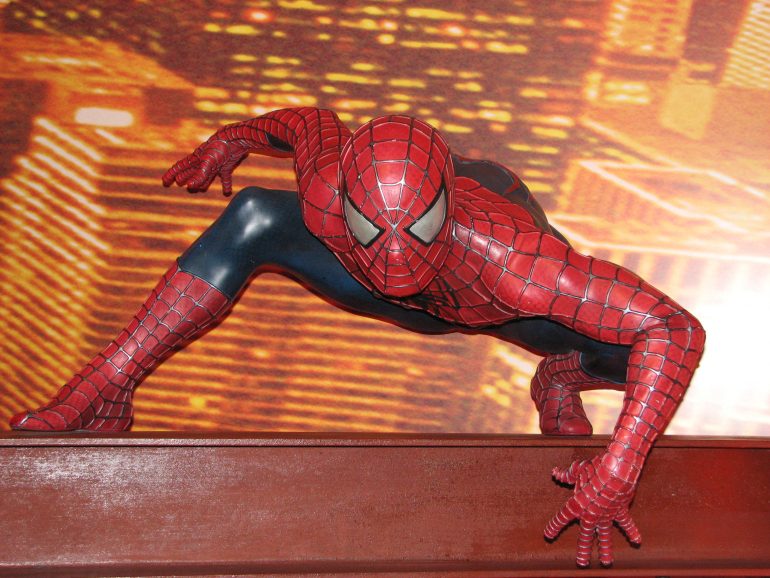 Back in September, we posted an announcement and review of the Spider-Man: Unlimited app game, which is available for both Android and iOS devices. The game basically functions as a traditional endless runner infused with a Spider-Man theme and a pleasant comic book-like design. It looks nice and offers a fun Spidey gaming experience, though in the end it’s somewhat limited in its scope.

But with the year almost over now, a look back on 2014 is interesting with regard to Spider-Man video games. While this app is the most recent Spider-Man title to be released in any format, the popular Marvel hero actually seems to have dominated the year in gaming. The Batman console game Arkham Knight may be getting most of the headlines in superhero gaming lately—it’s about to conclude a truly remarkable series of games. However, in terms of sheer exposure, Spider-Man was everywhere in 2014 video games.

The biggest Spider-Man game of the year was undoubtedly The Amazing Spider-Man 2, an open world adventure released for Xbox One, Playstation 4, and Wii U (as well as previous generation consoles), alongside a smaller app version. The game was designed to come out alongside the film of the same title in the spring of this year. While (like the film) it received somewhat-mixed reviews, it’s actually one of the better superhero video games produced in recent years.

Despite a 5.4 rating, IGN’s review made note of some of the features that set this game apart. These include a vast, open-world Manhattan environment, the ability to freely roam and “web-sling” about between missions, and the “hero or menace” system that added morality concerns to the game. Criticisms from various reviews online about the game having a somewhat thrown together quality are justified—the idea being that they had to get it out alongside the film. However, all in all, it’s a big and beautiful action gaming experience.

More recently, another app game made use of Spider-Man’s popularity in gaming spheres. This month, Kabam Games released Marvel: Contest Of Champions, which is something like Injustice: Gods Among Us for Marvel fans. Basically, it’s a touchscreen brawler game in which you collect Marvel heroes and villains and use them to defeat foes, complete missions, and battle head-to-head against other game users. Naturally there are all kinds of annoying features, such as endless incentives to spend money on quick upgrades and a small-but-irritating scroll of other users’ chats and conversations. But as a whole, it’s a fun way to immerse yourself in the Marvel universe. Spider-Man, as would be expected, is front and center. It’s not Spidey’s own game, but it’s yet another one in which he popped up in 2014.

Also contributing to Spider-Man’s massive gaming exposure in 2014 were the slots at Betfair, which offered up multiple games using the popular webslinger as a thematic base and character backdrop. The games at this site essentially all boil down to ordinary (though quite enjoyable) casino experiences. But in using popular characters, they manage to offer a number of different looks for traditional games. Marvel characters abound on the site, but Spider-Man, as is the case with Marvel: Contest Of Champions, is front and center. Even though it’s a slot machine and not an action or RPG-style title, there’s a certain thrill to Spidey swinging about while you spin the wheels.

That’s a great deal of gaming for a single character in one year, and that’s without considering a number of other small Marvel aggregate games or existing Spider-Man games that are still popular. It’s certainly interesting that even with one film franchise (the one starring Tobey Maguire) having sputtered out and another (the one staring Andrew Garfield) earning a so-so public response, Spider-Man still seems to have a hold on the gaming industry. One can make the argument that he’s the most popular superhero today.