Consumers nationwide continue to snap up Nintendo products for the holidays, and Nintendo is poised to carry that momentum into 2010. Dozens of games for the Wii™, Nintendo DS™ and Nintendo DSi™ systems are on the way in a wide range of categories from both Nintendo and its third-party partners.

To bring a little color to the winter months, Nintendo will release two new colors for its Wii Remote™ controller. Starting Feb. 14, the controller will come in Pink or Blue and will be bundled with a Wii MotionPlus™ accessory. Along with the current White and Black versions of the controller, now every player in four-player matches can have his or her own color. 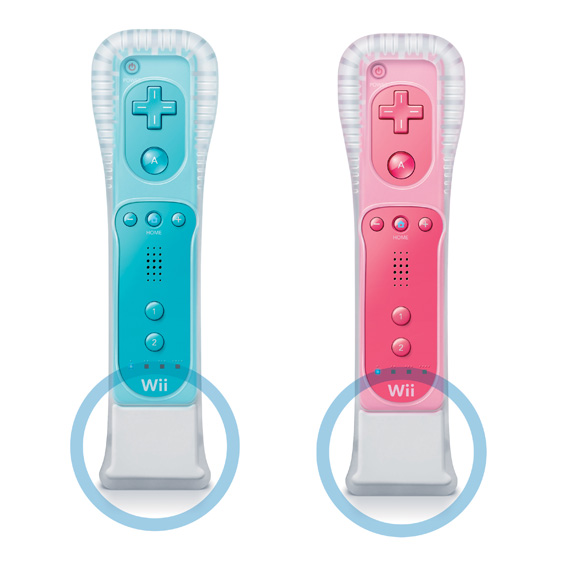 “During the holidays, tens of millions of Americans are going to spend enjoyable hours with both Wii and Nintendo DS,” said Cammie Dunaway, Nintendo of America’s executive vice president of Sales & Marketing. “And the enjoyment will only grow in the early weeks of 2010, whether your taste in gaming comes from exploring ocean depths, catching, training and battling Pokémon or even designing your own micro-games.”

On the Wii console, Endless Ocean™: Blue World arrives on Feb. 22 to provide players with an adventurous and educational experience, complete with underwater exploration, an adventurous storyline and Wii Speak™ compatibility. This January also sees the highly anticipated release of Tatsunoko VS. Capcom™: Ultimate All-Stars. Available exclusively on Wii, this new VS. series fighting game features global online game play for those who have access to a broadband Internet connection.

On the portable side, Nintendo’s hand-held systems will see the arrival of a number of diverse games, including the eagerly awaited Pokémon™ HeartGold Version and Pokémon™ SoulSilver Version on March 14. Pokémon HeartGold Version and Pokémon SoulSilver Version allow fans to return to the scenic Johto region first introduced in the beloved Pokémon Gold and Pokémon Silver games. The games have been fully enhanced with rich graphics, updated sound, new touch-screen controls and much more.

On March 28, WarioWare D.I.Y.™ lets users design their own micro-games from scratch and share them with other WarioWare D.I.Y. owners via a broadband Internet connection and Nintendo® Wi-Fi Connection. Every element, such as the characters, the environment, the actions and even the purpose of the micro-game itself, can be created entirely by the player. Also on March 28, hungry gamers can dig into America’s Test Kitchen: Let’s Get Cooking, which gives family members the chance to prepare 300 different dishes together. All of the recipes and the how-to videos in the game were created by the popular public television show America’s Test Kitchen.

On Jan. 18, Glory of Heracles™ introduces U.S. role-playing fans to the popular Japanese franchise. The game is inspired by Greek mythology and written by Kazushige Nojima of Final Fantasy fame. The traditional role-playing game features an engrossing story and a robust battle system.

Below is a partial list of upcoming packaged and downloadable games for the Wii, Nintendo DS and Nintendo DSi systems. Note that game titles and launch dates are subject to change.