SANYO Electric Co., Ltd. announces the release of a ‘Contactless Charger Set for Wii Remote,’ produced especially for Nintendo Co., Ltd. (Nintendo)’s Wii Remote. The charger set can charge one or two Wii Remotes, by accessing power through the USB port on the Wii console. The set can even be used when the Wii MotionPlus expansion device is attached to the Wii Remote to more accurately capture hand motion. 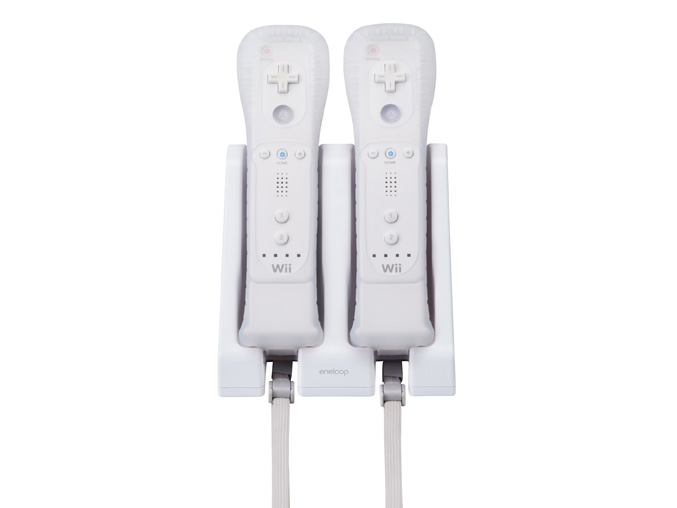 The new model is made under license from Nintendo, is equipped with a ‘charge failure detection function,’ and offers a high level of convenience and reliability for Wii users. 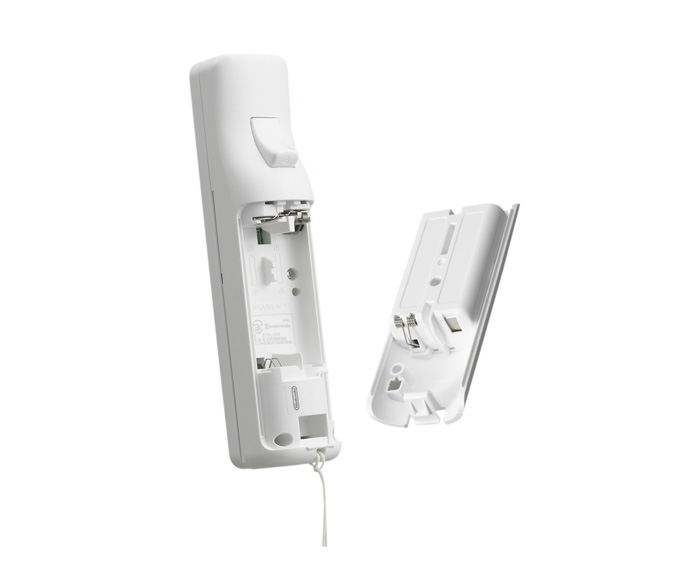 SANYO will continue to expand the “eneloop” series throughout the world so that people can comfortably adopt a new “lifestyle that values reusing and recycling” contrary to the popular “use and throw away” lifestyle often associated with common products like batteries.

The N-WR03S is able to perform contactless charging of the Wii Remote, even with the Wii MotionPlus still attached to the bottom of the remote and covered by the jacket. Moreover, included custom charger attachments allow the N-WR03S to charge Wii Remotes when the MotionPlus is not attached, and without the bother of having to remove the Wii Remote Jacket. The custom charger attachments can be stored in the charge stand when not in use to prevent them getting lost. 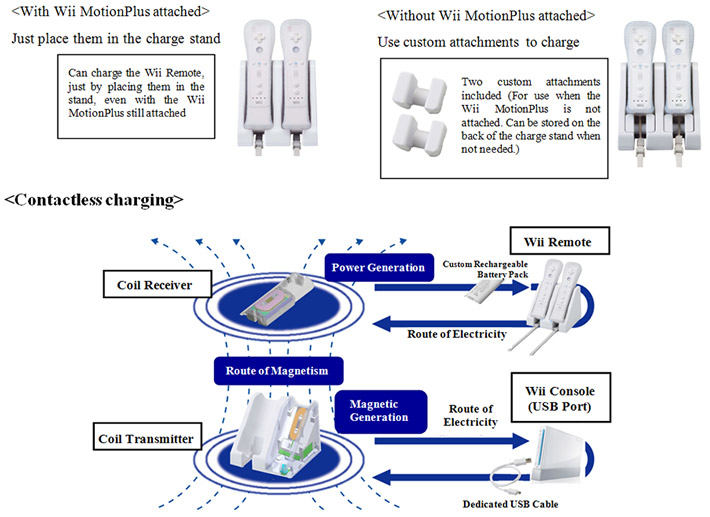 2. One or two Wii Remotes can be charged, and power is accessed through a convenient connection to the Wii console USB port

With a charge stand for two Wii Remotes and two custom rechargeable battery packs included, the N-WR03S can charge one or two Wii remotes. Consequently, depending on whether or not the Wii MotionPlus is attached to the remotes, five charging configurations are possible. Moreover, charging is easy with the dedicated USB cable – just connect to the USB port on the Wii console.

3. Made under license from Nintendo, for a high level of reliability and convenience

Just like the N-WR01S Contactless Charger Set launched last year, the new model is also made under license from Nintendo and meets that company’s requirements for safety and dependability. SANYO is the only company*6 to make chargers for the Wii Remote under license. The new product is equipped with a ‘charge failure detection function*2,’ which detects metal pieces such as coins or clips that might interrupt charging between the Wii Remote battery pack and charge stand, and will automatically stop charging if detected. Thanks to this high level of dependability, it is easy for anyone of almost any age to use.