According to edge-online, a trusted source told them that the highly-anticipated motion sensing camera for the Microsoft Xbox 360 video game console will ship in the United States this October for the price of 149 dollars, and also for 299 dollars bundled with the Xbox 360 console itself.

Edge-online were told that international prices of the motion-sensing camera will be determined based on a variety of factors, including exchange rates. Based on the rates that are today, Project Natal will cost 103 GBP and 121 Euro, and 207 GBP and 243 Euro bundled with the Xbox 360 video game console.

The price is significantly higher than the 50 GBP estimate of the standalone unit, but less than the prices that were suggested by some European retailers.

Microsoft’s Natal motion-sensing camera for the Xbox 360 is also way more expensive than the Sony PlayStation Move, which will be available this fall bundled with a game for less than one-hundred dollars.

The source of edge-online told them that the device is expected to launch on the 26th of October around the world, although they were also advised that this date could be shifted by a few weeks.

The Source of Edge-Online said to them that Microsoft expects to sell millions and millions of Natal units in its first year on the market, so you can expect the software launch line-up to target non-traditional gamers. Their source also said that a major marketing campaign will also play a key-role in attracting and educating the expanded audience about the new Xbox 360 controller-free revolution.

Microsoft told edge-online that they do not comment on rumors or speculation.

MSI has introduced a new tablet computer – the W20 3M – a device that is powered by an AMD processor. The new company product has been designed with business in mind and this is the reason why it comes with an AMD APU that provides enough power and low power consumption and Windows 8 on... 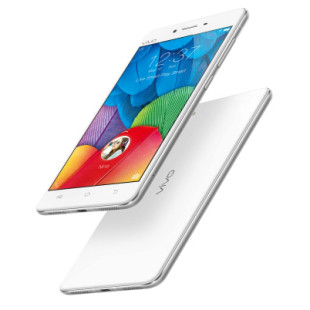 Chinese smartphone makers are not that popular around the world but in an attempt to capture attention and gain a larger share of the market they tend to offer smartphones with unique features at prices that cannot be beaten. Vivo is one such manufacturer – the Chinese company prepares a new...

In case you want to play a runner game Danger Dash may be a good choice. Get your fingers ready as there will be some intense action. Danger Dash is your regular runner game. You command a character that looks like Indiana Jones and has managed to make a bunch of tigers...