Second Hand Users to be Charged for Online Play by THQ

Users who purchase second hand copies of games published by THQ will be charged for online play.

The first game that will adopt this new rule will ship with codes for access to online features. The game is entitled “UFC Undisputed 2010”.

The players who bought the game second hand will be asked to pay around five dollars in order to be able to play in the “Fight Camp Mode” which will allow up to forty players to train together online.

The company stated that this multiplayer content for the UFC Undisputed 2010 game will be available through a one-time code included with the game when it is purchased. They also added that codes for accessing the content will be available for players who bought the game second hand for an addition five dollars.

EA Sports will also charge pre-owned players around ten dollars for an Online Pass and access to the online and multiplayer features of their games. The French publisher, Ubisoft, has also stated that it has a similar “infrastructure” already in place.

Seagate today debuts a new interesting storage solution, that will allow to carry with you your media library,  a portable, battery-powered external drive, which is capable to connect to your iPad, iPhone or Android device via 802.11 b/g/n Wi-Fi connectivity and if you need more speedy access to...

When it comes to personalizing a laptop or desktop or getting one as soon as possible, Dell is providing choice and making it the best of both worlds for shoppers. Today, Dell is extending its eye-catching Design Studio customization options to the Inspiron 15, the company’s most popular... 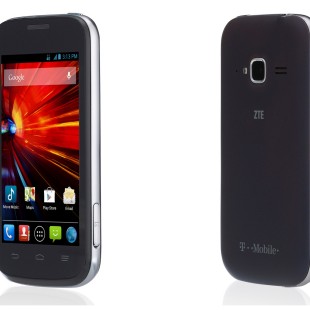 Chinese smartphone makers have been generally known for making budget-oriented devices that appeal to people who do not wish to spend a ton of money on a smartphone. Of course, there’s nothing wrong with that and since there’s a market for such smartphones they keep on making them. ZTE is the...