Microsoft has announced a big news for the Xbox360 owners, a new streaming TV integration for the Xbox 360 console, as well as voice search with Bing and gesture-control of live TV entertainment via Kinect.

These new features will allow you to access live TV channels, on-demand content, stream movies, sports video, music, and more, and all this also accessible via voice and gesture controls to manage your TV experience. Microsoft also is trying to make their console more “social” and has put a lot of effort, so now you be able to share what games you’re playing, movies you’re watching and music you’re listening to directly to your Facebook

Microsoft has signed partnership with over 50 world class TV and entertainment providers which are coming to Xbox LIVE including: HBO GO, Verizon FiOS, Bravo, Comcast,  nd Syfy in the U.S.; BBC TV and radio in the U.K.; Telefónica in Spain; Rogers On Demand in Canada; Televisa in Mexico; ZDF in Germany; and MediaSet in Italy, that will begin rolling out to consoles in more than 20 countries this holiday. 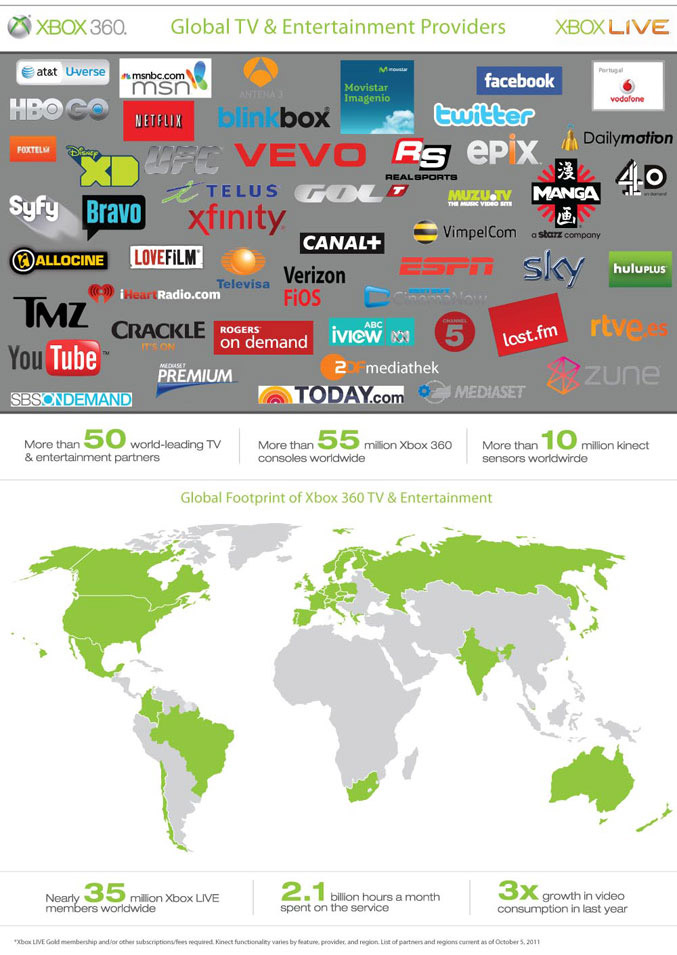