The first chips (formerly codenamed “Brazos”) intended for AIO, mainstream notebooks and small form factor desktops from the E- and C-Series will include following models:

AMD also announced thate 32nm die A-Series “Llano” APU,  which includes up to four x86 cores and a DirectX 11-capable discrete-level GPU, intended for performance and mainstream notebooks and  desktops is scheduled to ship in the first half of 2011 and appear in products mid-year. 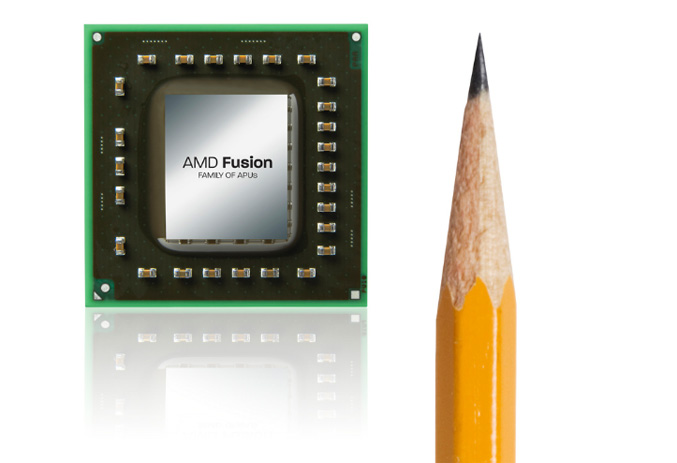 “We believe that AMD Fusion processors are, quite simply, the greatest advancement in processing since the introduction of the x86 architecture more than forty years ago,” said Rick Bergman, senior vice president and general manager, AMD Products Group. “In one major step, we enable users to experience HD everywhere as well as personal supercomputing capabilities in notebooks that can deliver all-day battery life. It’s a new category, a new approach, and opens up exciting new experiences for consumers.”