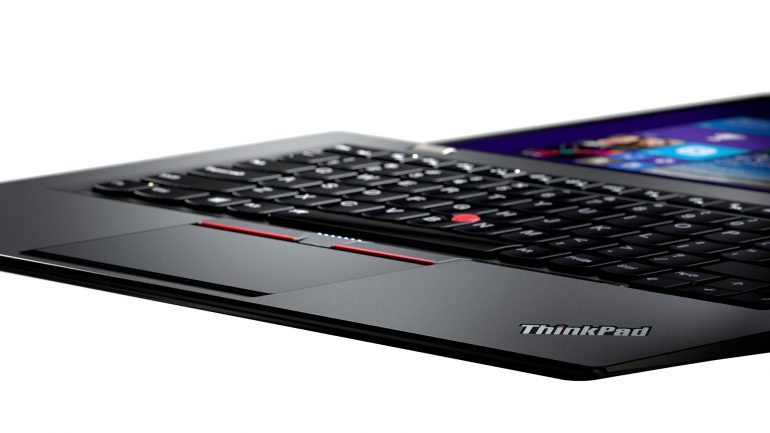 The leading PC manufacturer Lenovo has unveiled its new line of year 2015 ThinkPad computers. The event has taken place at the freshly started CES 2015 and the new line brings new features and more performance across the table. In addition to the new computers Lenovo has also introduced the new ThinkVision X24 monitor, which brings ultra-thin IPS panel technology to your workspace and the new ThinkPad Stack, which happens to be a unique power bank that offers mix and match interlocking accessories while also minimizing clutter.

“Since the original ThinkPad 700, ThinkPad engineers have continued to drive innovation by making each new ThinkPad better than the last. Reaching 100 million units sold proves they are succeeding,” said Yang Yuanqing, chairman and CEO, Lenovo. “When we acquired IBM’s PC business, we made a promise to not just protect the ThinkPad franchise, but to make it even better, even stronger. Today, ThinkPad continues to be one of the most respected brands in the industry, fueling Lenovo’s rise to number 1 in the global PC industry. Now, even as Lenovo expands into mobile devices, servers, and ecosystem and cloud computing, ThinkPad will remain at the core of our strategy and the heart of our business. It is an honor to continue to bring this legendary brand to our customers, and I look forward to many more ThinkPad milestones to come.”

The first device that we will point our eyes at is the third generation of the famous ultra-light X1 Carbon notebook. The lightest 14-inch performance ultrabook in the world now offers new things which include a super bright FHD display for excellent viewing experiences and a PCI-E solid-state drive that brings about 80 per cent more performance than standard solid-state drives. Moreover the new ultrabook comes with even longer battery life, a durable and rugged carbon-forged chassis and weight of less than 2.9 pounds (1.31 kilograms). The X1 Carbon now sports an Intel Broadwell processor too, which further increases processing power and energy efficiency for problem-free computing on the go.

The rest of the ThinkPad line, namely the ThinkPad X, T, L and E series, gets expanded business-class features, extended battery life, bright and clear displays with resolutions of up to 3K, numerous ports for other devices and again the latest Intel Broadwell processors for more performance and excellent power efficiency.

The new Lenovo ThinkVision X24 monitor comes with thickness of just 7.5 mm and offers next generation visuals on your desk. The display makes use of a Neo Blade 23.8-inch panel at Full HD resolution and offers wide 178-degree viewing angles as well as DisplayPort and HDMI ports for more digital connectivity. The monitor also offers a unique pre-coated metal surface technology and a stylish and sturdy chrome stand that is also tilt-adjustable for ergonomic viewing and more.

The Lenovo Stack is a device whose main goal is to have all your battery-powered devices charged at all times and to ease you with your computing tasks wherever you are. That’s why the new company product comes with a 10,000 mAh Power Bank, support for numerous other accessories, a 1 TB USB 3.0 hard drive for huge expansion on the go, a Wireless Access Point and a pair of Bluetooth Speakers for audio experiences anywhere.

Here’s when you can expect the new Lenovo products near you and how much they cost: