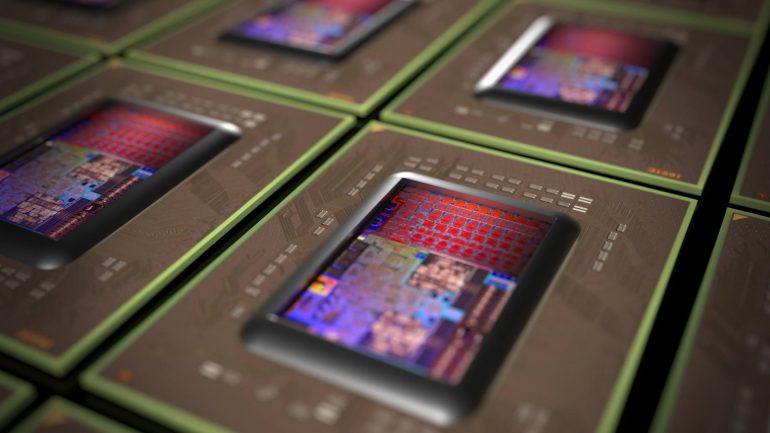 At Computex 2015 AMD has officially launched its mobile Carrizo APUs, which have been in the news ever since November 2014. The new Carrizo mobile processors come in two flavors – a low-power one with TDP of 15W and a more performance-oriented version with TDP of 35W.

The new Carrizo chips are based on the well-known and mature 28 nm production process and come in the FP4 package. The processors are based on four x86 Excavator cores with 2 MB L2 cache and feature 3rd generation integrated GCN GPUs with 8 graphics compute units, 512 stream processors and 2 RBs. They also support dual-channeled DDR3 memory at up to 2133 MHz and have full support for HSA 1.0. In addition to all this hardware the Carrizo APUs integrate the southbridge on the APU die and include several I/O technologies. They will be branded as 6th generation AMD FX, AMD A10 and AMD A8 series chips and processors and will be on the market this summer.

Carrizo brings 5-15 per cent increase in IPC performance thanks to a significantly improved branch prediction unit, accelerated FPU flush, 32 KB data caches per integer execution engine (64 KB per module), support for the latest AVX2, MOVBE, SMEP and BMI1/2 instruction sets and frequency increases. The 15W models benefit the most – they offer 25-45 per cent higher clock speeds, while the 35W models will have to do with 0-5 per cent higher frequencies.

Another feature of Carrizo is that the chips offer increased transistor density. Despite being made on 28 nm, the processors come with 29 per cent more transistors than Kaveri thanks to the implemented higher density. The end result is a die that includes 3.1 billion transistors and needs 40 per cent less power while using 23 per cent less die area than its predecessor. Furthermore the new Carrizo generation is AMD’s first true SoC design that integrates the FCH on the APU die. The FCH will deliver Security, Display, Audio, PCI-E, SATA, SD, USB, Multimedia, UART/12C. CLCKGen and Misc I/O connectivity and includes support for 4 USB 3.0 ports, 4 USB 2.0 ports and two SATA 3 ports and DDR3 SDRAM at up to 2133 MHz (one DIMM per channel).

There’s no information on how much the new chips will cost.