Apple’s Spring Forward event has brought tons of news to the public as well as a number of new and interesting devices. A new MacBook is one of them but the new notebook does not only come with improved hardware – it is also the thinnest MacBook Apple has launched so far. It also comes with macbook air repair hallandale making it even more reliable.

Speaking of just how thin the new MacBook is we feel obliged to start with its dimensions first – the laptop measures 0.35-1.31 x 28.05 x 19.65 mm and weighs just 920 grams. The chassis of the notebook is all made of metal and is 13.1 mm thin at its thickest point, which is rather impressive. To achieve this Apple has used a few tricks here and there. First the motherboard inside the MacBook is 67 per cent smaller than the one used in the previous generation. Second, there is a port called USB-C which provides USB, HDMI, VGA, and DisplayPort connectivity in one place. The used USB-C port is also three times smaller than a regular USB port and you can use it for charging too. This is pretty nice, isn’t it?

But the new MacBook does not stop here – the machine sports an improved battery with more power under the hood and a 12-inch Retina display, which needs 30 per cent less energy than the display used in the older MacBook generation. Speaking of the display, it works at 2304 x 1440 pixel resolution and offers 226 ppi and a 16:10 aspect ratio. The new MacBook also sports a 5W TDP Intel dual-core Core M processor at 1.1 GHz or 1.2 GHz (2.9 GHz in Turbo mode), Intel HD 5300 graphics, 8 GB of LPDDR3 SDRAM, a 256 GB or 512 GB SSD, a built-in FaceTime 480p camera, stereo speakers, two microphones, 802.11ac Wi-Fi, Bluetooth 4.0 and a slim Taptic-engine backed trackpad. The notebook runs OS X Yosemite out of the box too.

As previously announced, today Nokia officially unveiled the Lumia 920 – the first company high-end smartphone based on Windows Phone 8. The new smartphone does not disappoint at all – in fact it seems to be a huge improvement over the Lumia 900. Starting with the specs – the... 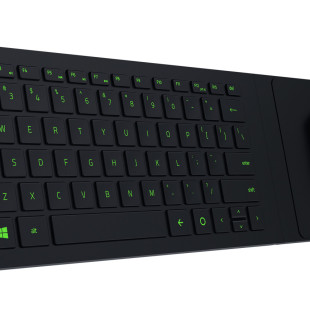 Razer has announced a new company product that, unlike many other offers from the same company, comes in the form of a combo. The pair of devices is called Turret and includes a mouse and a keyboard that integrates a special mouse surface that together deliver desktop-grade gaming peripherals...