ASUS, a leading producer and innovator of notebooks, today announced the launch of its 15.6-inch G51 notebook, a gaming powerhouse which snared the ‘Best Choice’ award in the Digital Entertainment Products category at the recently-concluded COMPUTEX 2009. Sporting a futuristic, robot-inspired ‘mecha’ design, the ASUS G51’s use of seamless gamer-centric interface elements and scorching gaming performance—both in the visual and audio departments—are a fitting recognition of the Republic of Gamers’ tireless and extensive efforts to deliver on its promise: “Designed for gamers”. The ASUS G51 also boasts industry leading audio technologies that combine to envelope users in true-to-life surround sound for added gaming realism. Users who appreciate the G51’s gaming pedigree but prefer a slightly larger screen can opt for its 16-inch cousin, the ASUS G60.

With the G51, ASUS’ engineers have cleverly circumvented the thermal and placement issues that typically arise from fitting the NVIDIA® GeForce™ GTX 260M into a 15-inch form factor, making it the world’s first 15-inch notebook to boast extreme graphics previously only viable on 17-inch notebooks. The ASUS G51 and G60 each boast a tremendous 1GB of GDDR3 video memory, which is 30% faster than DDR2. This results in a 3DMark06® score of well over 10,000*—a marked difference from average 15-inch to 16-inch notebooks which typically produce scores between 2,000 and 3,000*. Adding to the visual realism delivered by the G51 and G60’s 3D prowess is NVIDIA® PhysX™ Technology which imbues graphics with real-world physics. Both notebooks also allow users to enjoy instant performance boosts by overclocking their systems through the selection of the ‘Extreme Turbo’ profile via an intuitive user interface. 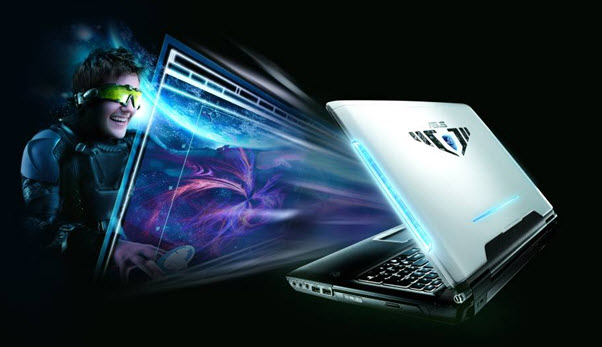 The ASUS G51 and G60 notebooks incorporate several gamer-centric features that give users an edge over their opponents. Most notably is the generous use of backlighting—such as on the illuminated chiclet keyboard and instant gaming keys—that enables gamers to locate important keys easily as well as play through the night without skipping a beat. The aggressive use of backlighting also gives the notebooks a high tech look, a further reflection of the wealth of cutting-edge hardware and technologies housed within.

The G51 and G60 also provide users with unsurpassed gaming performance, through the ingenious incorporation of industry-leading graphics and audio solutions. Both notebooks are equipped with Creative’s industry-defining EAX and CMSS technologies. They are the world’s first notebooks to support EAX Advanced HD 4.0 audio technology, which enhances in-game environments and scenarios by providing true-to-life three dimensional sound effects. The G51 and G60 provide up to 64 additional sound effects from the sound library, and in doing so produce ultra-realistic spatial effects in more than 300 supported games. CMSS surround sound, together with high fidelity Altec Lansing® speakers and a 16:9 Full HD display, enable the G51 and G60 to deliver a level of gaming and multimedia immersion that no other notebook can match.

Designed to Strike Fear into the Hearts of Opponents

Inspired by robots from manga and science fiction sources that have left an indelible mark on popular culture, the ASUS G51 and G60’s design boasts a futuristic interplay of pure white, high-gloss shells and grey mechanical details. With their deadly looks, these fearsome notebooks provide constant assurance to gamers that they are in possession of highly capable weapons that can easily out-perform anything else on the market at present.