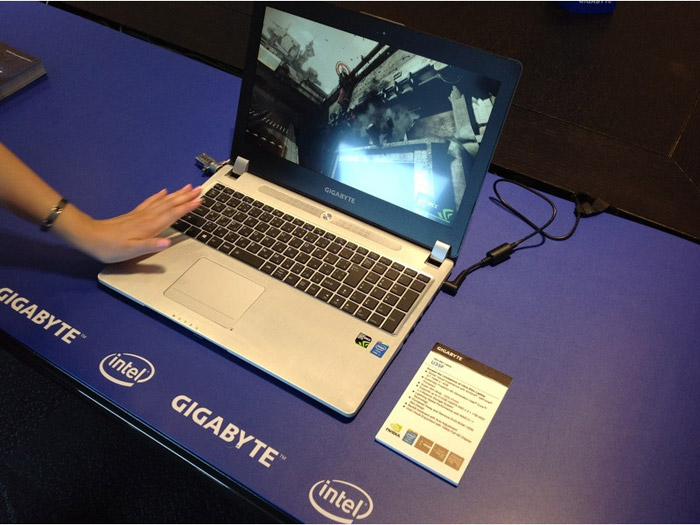 Gigabyte has announced a new thin 15-inch notebook with an Intel Haswell processor known as U35F. In addition to the recently announced CPU the U35F comes with a 15-inch display and some more interesting specs.

The Gigabyte U35F offers plenty of flexibility – users can choose among several Core i7 and Core i5 Haswell processors and either use the standard 15-inch display (1366 x 768 pixel resolution) or choose a Full HD display instead. In addition there’s also a choice between the integrated discrete GeForce GT 750M graphics card and the on-CPU graphics chip, courtesy of NVIDIA’s Optimus technology.