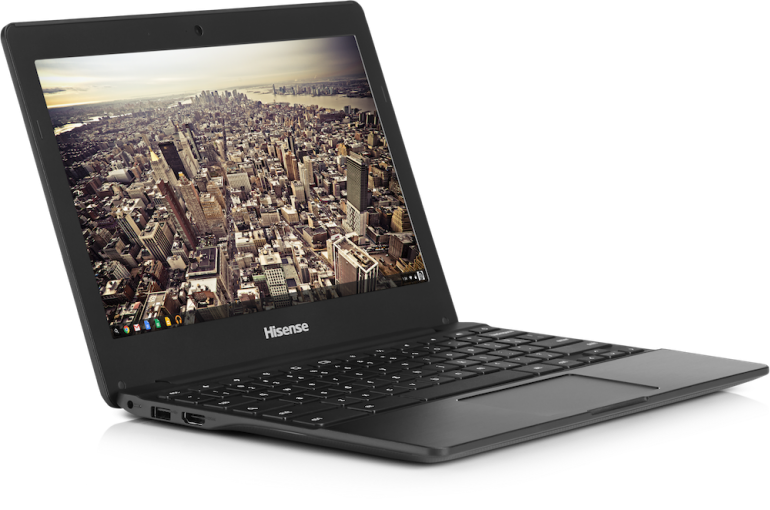 Google has started a campaign to push the price of Chrome OS devices to the bottom so that more and more people can afford them and the newest effort in this endeavor are two new Chromebooks that pack decent hardware.

The second such Chromebook is called Hisense Chromebook and comes with virtually the same tech specs seen in the Haier Chromebook, save for the processor – the Hisense Chromebook has the same Rockchip RK3288 SoC with four Cortex-A17 cores, but this time they run at 2.5 GHz, instead at 1.8 GHz as in the other Chromebook. This will surely give the Hisense some more computational power. Finally there’s a battery that can power this notebook for up to 8.5 hours.

The pricing starts at USD 149.