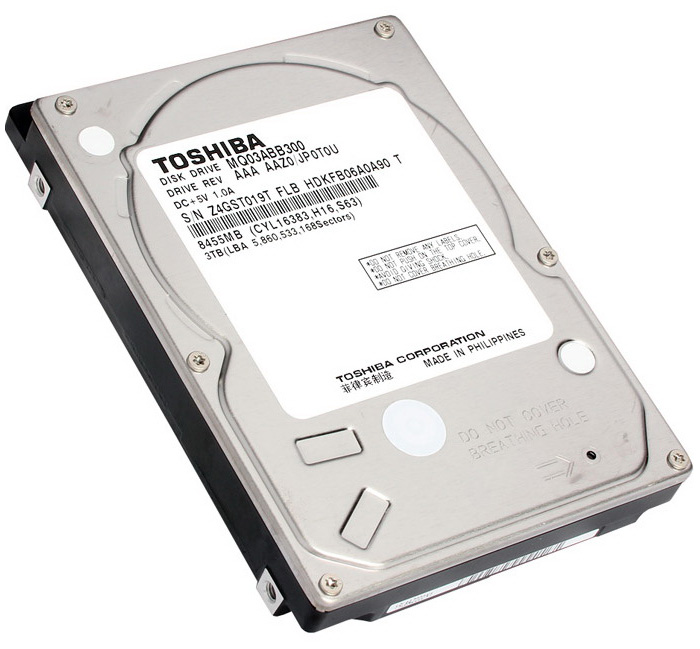 The Japanese tech company Toshiba has presented a new 2.5-inch hard drive that can store up to 3 TB of data. The new device is an important technological step forward that may soon end one of the limiting factors seen in notebooks – hard drive space, which is now usually restricted to 1 TB or 2 TB.

The new hard drive carries the MQ03ABB300 model name and belongs to the MC04 series. It is 15 mm thick and includes four recording platters, which makes it suitable for use in external hard drives or NAS systems. Unfortunately it is this thickness that makes the MQ03ABB300 unsuitable for use in notebooks but we believe the new drive is the first predecessor of much larger mobile hard drives.

The Toshiba MQ03ABB300 supports the latest SATA 3.0 standard and has 16 MB of internal memory, 5400 rpm of rotational speed and support for the Advanced Format 512e technology. The drive has average latency of 5.56 ms and uses perpendicular magnetic recording (PMR) to store data.