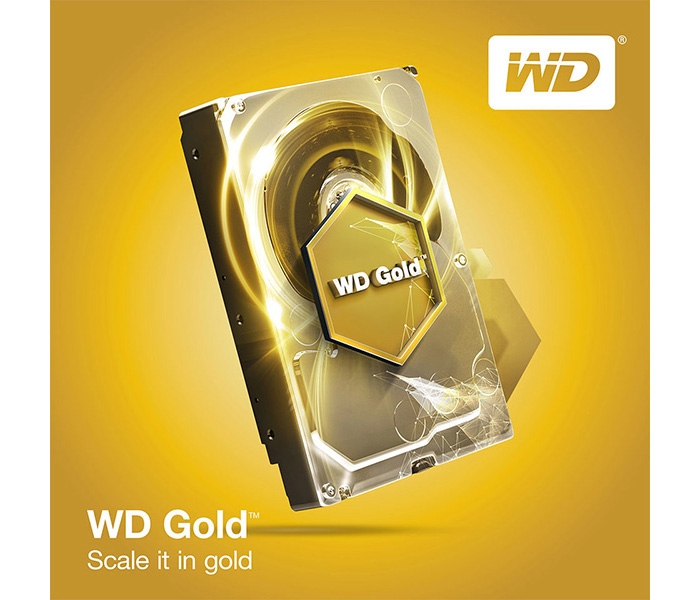 In April of this year Western Digital announced the Gold line of hard disk drives. Designed for datacenters, the new drives featured capacities of up to 8 TB.

Now the US company has added one more model to the Gold series – a new 10 TB hard drive. The new drive carries the WD101KRYZ model name and features better energy efficiency compared to the previous 8 TB Gold model. The power consumption of the two drives is the same despite the addition of a new platter in the 10 TB model, which makes it 26 per cent more energy efficient per TB than the older 8 TB model. The performance of the new drive has also been improved – while the 8 TB model can send data at 205 MB/sec, the 10 TB model does that at 249 MB/sec. Perhaps this is because the WD101KRYZ model now comes with 256 MB of cache, up from the 128 MB in the 8 TB model. The rest of the specs are the same – you get support for SATA 3.0, 7200 rpm spindle speed and 2.5 million hours of Mean Time Before Failure (MTBF).

The price of the new 10 TB model is unknown so check with your local WD representative.