Acer has introduced two new Windows 8 ready all-in-one PCs at the ongoing Computex 2012 in Taiwan in an attempt to get ahead of the competition months before Windows 8 is officially launched.

The two new models belong to the company’s U series and will be known as Acer Aspire 7600U (27-inch display) and Acer Aspire 5600U (23-inch display). The 7600U comes with a 64-point capacitive multitouch tilt and swivel display and is only 3.5 cm thick, while the 5600U is billed as “the thinnest AIO available” but there’s no information on the actual thickness. Both systems feature HD visuals and Dolby Home Theater Surround sound, but sadly the company isn’t ready to share any other details on specs. 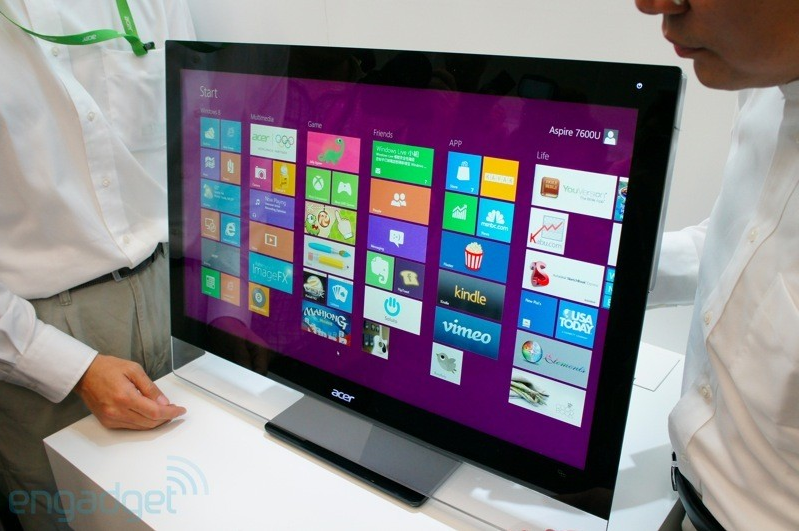 As to connectivity – it is provided by two USB ports (and a DC power connector) in the back, two USB ports, audio-in, audio-out and a SD card slot on the left side and a Blu-Ray drive on the right side.