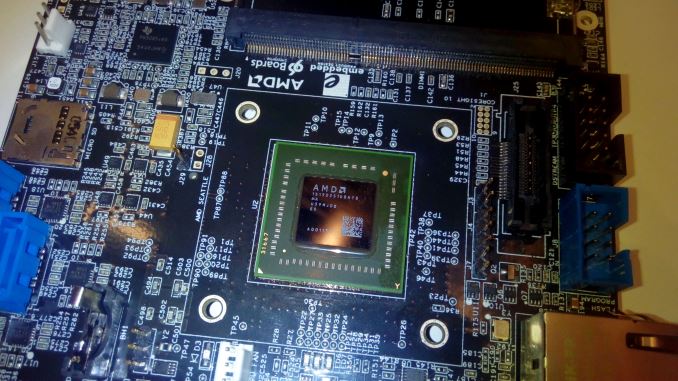 AMD has demonstrated its first ARM processor at the so-called ARM TechCon event earlier this week. The new chip carries the Seattle code name and is designed for use in servers so chances are you won’t be able to utilize one at home.

To be more precise AMD has demonstrated its chip along with motherboards that support it. The server combo is called SoftIron Overdrive 3000 and comes with eight SATA 3.0 ports, two 10 Gbit Ethernet ports as well as two PCI-E expansion slots that can work at x8 speed or x4 + x4. The processor inside is called Opteron A1100 and offers eight ARM Cortex-A57 cores, 4 MB of L2 cache, 8 MB of L3 cache and a dual-channeled memory controller with support for up to 16 GB of DDR3 memory. The server also has a single 1 TB hard drive.

The good news is that AMD has kept its promise to show off its first ARM processor before the end of 2016. This means that things have settled at the company and that AMD may be on track with its Zen architecture, which is eagerly expected, and which should arrive sometime next year. However, AMD will not try to gain serious ARM processor market share. Instead AMD wants its ARM chips to complement the x86 chips the company makes.