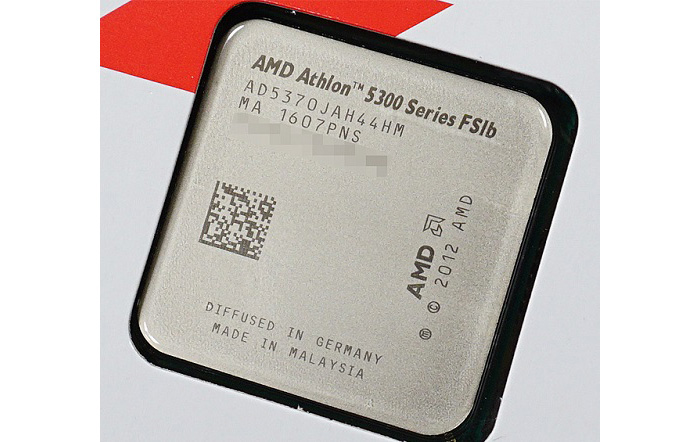 AMD’s low-cost and budget-oriented AM1 platform has gotten one more processor to boast with. The new chip is called Athlon 5370 and there’s one really strange fact about it – announced back in April 2014, it is only now that the chip hits stores.

Just like most other AM1 processors the Athlon 5370 does not come with tons of performance but the chip should suffice for office work, web browsing, movies and music. The Athlon 5370 features four computational cores of the Kaveri generation at 2.2 GHz situated in two modules, 2 MB of L2 cache and an integrated Radeon R3 GPU with 128 stream processors at 600 MHz. The chip, which supports DDR3-1600 memory, comes with TDP of 25 watts and a cooler.