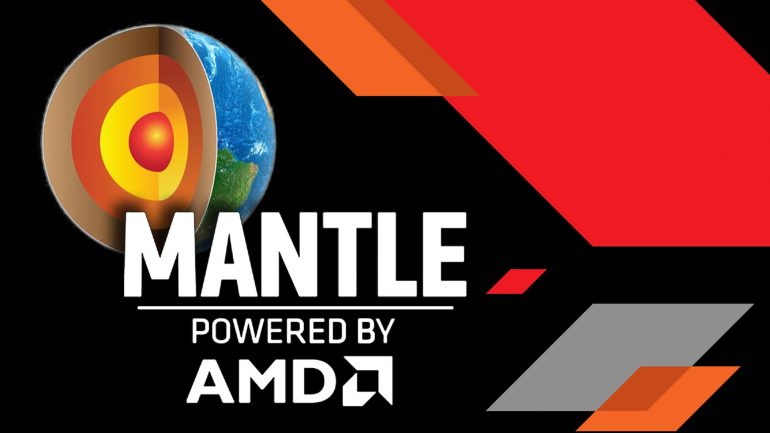 AMD has surprisingly announced that it will stop to provide optimizations for its popular Mantle API. Released in year 2013, Mantle provided a significant performance boost when used with certain computer games and decisively beat DirectX 11 in the performance charts. AMD will still include support for Mantle in future driver releases in order for gamers to be able to run Mantle-optimized games but will not provide any optimizations for this API anymore.

The reason for this decision is that AMD plans to focus on DirectX 12 and Vulkan, which is an OpenGL successor by Khronos Group. There’s no official position on why AMD quits on Mantle but perhaps the company sees DirectX 12 as a better platform than Mantle; in addition AMD may have gotten what it needed from Microsoft when Mantle became the reason why Microsoft introduced various very important optimizations in DirectX 12.

The new Microsoft DirectX 12 API will come out along with Windows 10 and will offer a super-efficient command buffer that scales across any number of CPU cores and will have huge increases in draw-calls over DirectX 11. The good news is that all NVIDIA Maxwell and AMD Radeon graphics cards on GCN 1.1 and GCN 1.2 architectures have support for DirectX 12.