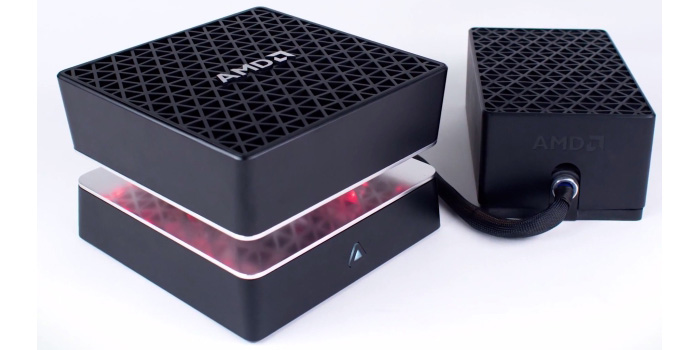 It turns out that AMD’s Project Quantum, however, comes with a little dirty secret – the concept computer is not powered by an AMD CPU. Instead the oddly looking computer sports an Intel Core i7-4790K Haswell processor. The reason behind this choice is rather trivial – according to AMD the Core i7-4790K is a perfect CPU for gamers. Apparently the chip maker does not want to officially admit that its FX line of chips is slower than what Intel has to offer but this doesn’t really matter that much – gamers want performance and two Fiji cards with an Intel Core i7 chip seems to be the perfect combination no matter how you look at it.

Project Quantum will be on the market sometime this year. The price of the computer is unknown as of now but it will be high for sure.