Despite the recent delay of the Intel Ivy Bridge processors sales of motherboards, which support the new core will start in April 2012 as expected. The boards will be based on the new Intel Z77 chipset, specifically created for Ivy Bridge.

Strange as it may seem the April release of Z77 boards is more than logical because boards on the new chipset fully support all current Sandy Bridge processors. In other words your hard earned cash won’t be wasted away until you wait for Ivy Bridge.

ASRock, a company that has grown tremendously in the last few years, has decided to lead the Z77 product line with a motherboard dubbed Extreme6. Just like the company Overclock KING series, based on the Intel X79 chipset, the novelty will arrive in black and gold colors. 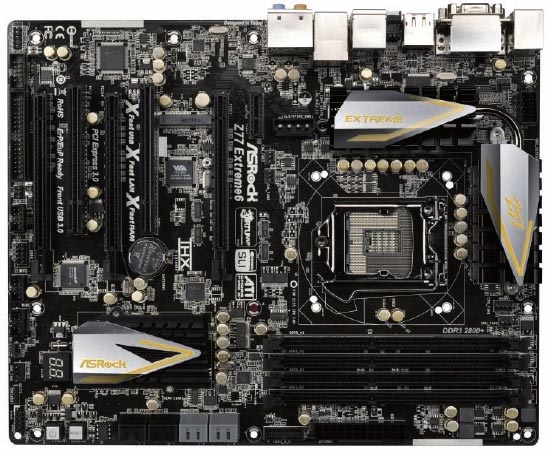 There are also four SATA 3.0 ports and DVI, HDMI, D-Sub and DisplayPort ports that can be used to access the integrated video in the system processor. Sound is provided through an on-board Realtek ALC 898 audio chip and network needs are serviced by a Gigabit Ethernet Broadcom BCM57781 LAN chip.