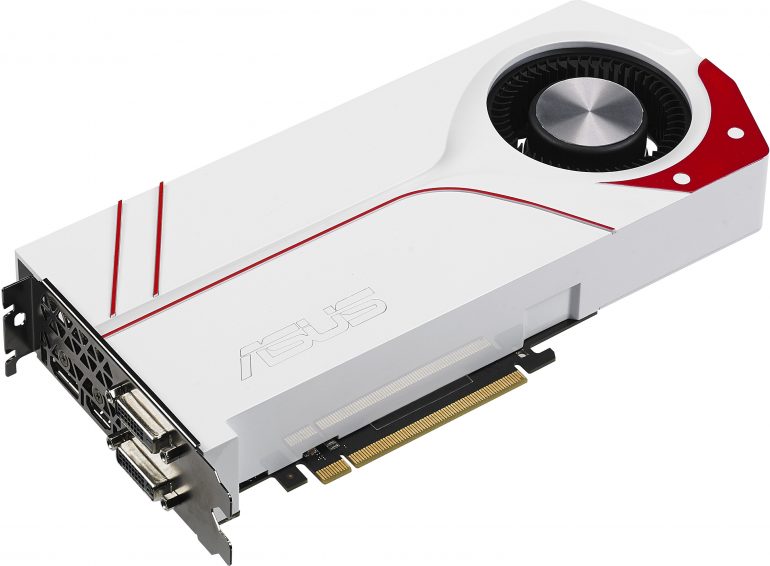 Yesterday we reported on a rumored new GeForce GTX 970 card by ASUS. The new card was said to have a white chassis, a special in-house PCB and perhaps increased clock speeds and was expected to come sometime this year under the ASUS GeForce GTX 970 Turbo brand name.

ASUS has surprised everyone, however, by rolling out this same card out of nowhere just a day after information about it got online. The Taiwanese company has been excessively occupied with NVIDIA cards lately but no one expected the GeForce GTX 970 Turbo would come into existence just a day after it was leaked. This is good news for gamers and hardware enthusiasts, though, so let’s see what we have this time.

The new ASUS GeForce GTX 970 Turbo occupies a rather interesting market niche in the ASUS video card product list. The company has the GTX 970 Strix video card with a top-flow heat sink and a small-sized GTX 970 DCU2 Mini card but until now has not had a GTX 970 card with a conventional lateral blower-based cooler, which gets the hot air from the video card directly out of the case. The GeForce GTX 970 Turbo comes in the same white color as reported before and includes a dense aluminum fin-channel heat sink, a fan that cools the GPU and a base-plate that gets the heat from the memory and VRM. The card also comes with increased clock speeds – the GPU operates at 1088 MHz and reaches 1228 MHz with Turbo Boost. There are two dual-link DVI ports, one HDMI 2.0 port and one DisplayPort 1.2 connector.

Apple to sell the new Mac Pro in December