The Mars III monster was showcased at Computex 2012 in Taiwan. Unlike most other video cards the Mars III is cooled by three different fans and there are three power connectors used to feed the card with electricity apart from the PCI-E slot it is installed in. Next to them you will also see a button that when pressed makes the fans spin at their highest speed. There’s also a SLI bridge and in the back you will see three DVI ports and one mini-DisplayPort port. 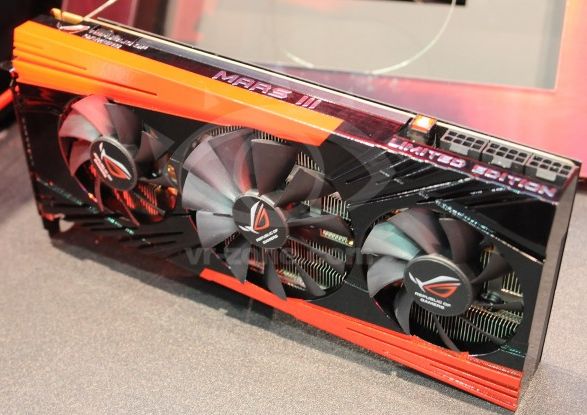 No other specs are known including GPU and memory clock speeds. Pricing is also unknown – but the card will be released in limited quantities, which apart from the very expensive and fast hardware will surely make it extremely expensive.