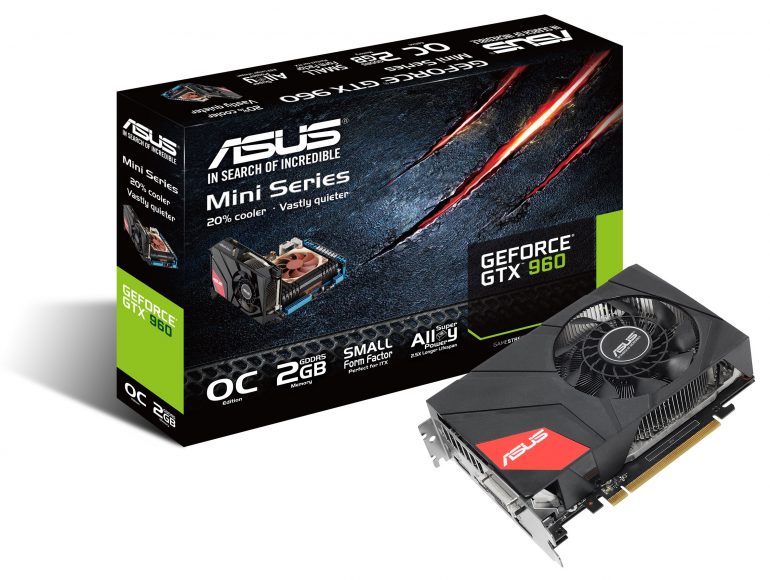 Days after Gigabyte launched a compact version of its NVIDIA GeForce GTX 970 graphics card ASUS has followed suit, although in the latter’s case the video card is a bit slower. We are talking about a compact GeForce GTX 960 video card here but even then the power of the card should be enough for all modern games.

The new compact GTX 960 card by ASUS comes to us in the Mini-ITX form factor and follows other such ASUS cards – it has the same cooler, the same dimensions and even the same Super-Alloy power delivery circuitry. Being a GTX 960 model the card comes with the NVIDIA GM206 GPU and offers 1024 CUDA cores, 2 GB of GDDR5 memory and a 128-bit memory bus. The GPU runs at 1190 MHz (1253 MHz Boost), while the on-board memory runs at 7000 MHz effective.

Unfortunately ASUS still has to announce the price and the availability date of the new video card.