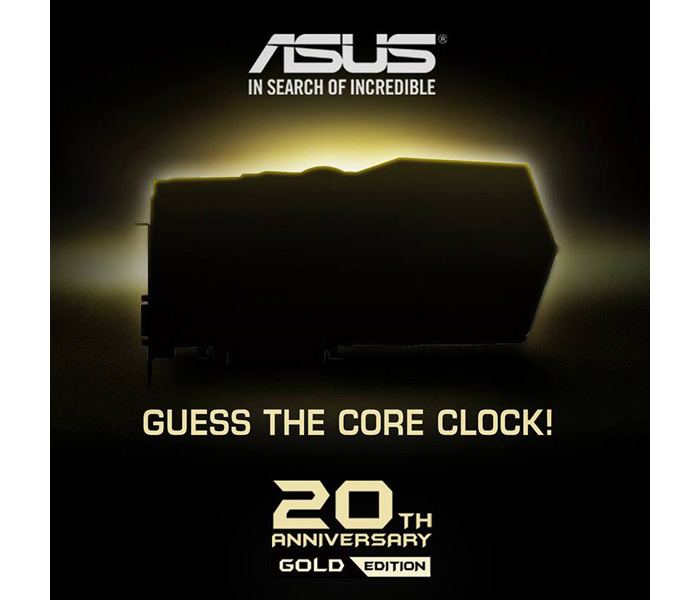 ASUS has published some rather interesting information on its Facebook page – apparently the company plans a new GeForce GTX 980 video card that will be known as Gold Edition.

The new video card is shown as a dark silhouette and there’s an inscription “Guess the core clock!” Clearly the new card will come with factory increased core and (likely) memory speed. The speed values are still unknown so we can only compare them to the current fastest ASUS ROG Matrix Platinum GeForce GTX 980 card – it runs at 1241 MHz for the GPU and reaches 1342 MHz in Turbo Mode. The new GTX 980 Gold Edition card may reach new highest speeds but this remains to be seen.

There’s no information on when to expect the new card so we can do little but wait.