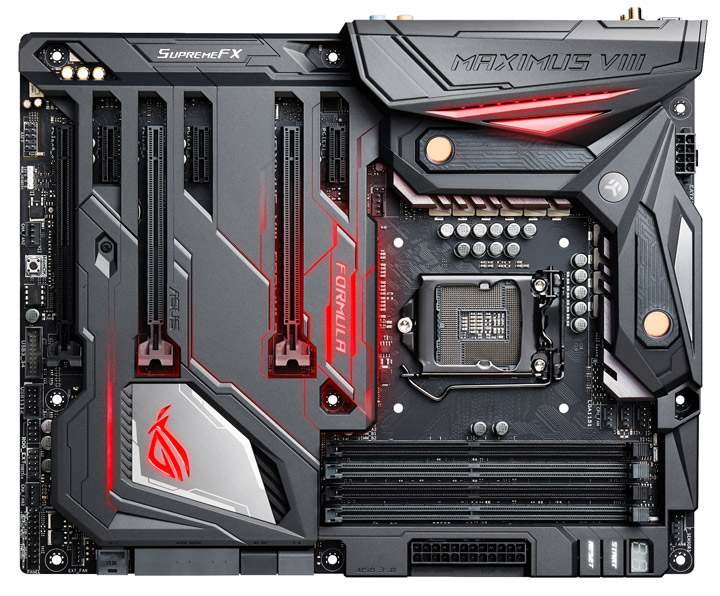 ASUS has released the Maximus VIII Formula motherboard, which is designed for the latest LGA 1151 socket from Intel. The board is based on the high-end Intel Z170 chipset and belongs to the Republic of Gamers brand and as such comes with tons of features. 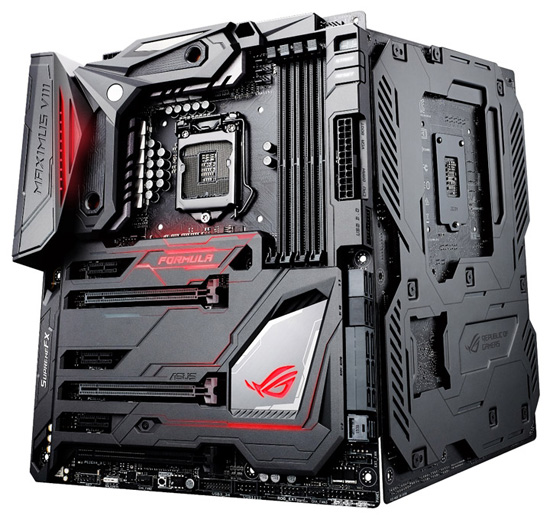 The most obvious one is the presence of a large protective suit that goes around the motherboard. It is so large it not only covers the front where the CPU socket is located, but also the back of the board for additional protection. In addition to this the Maximus VIII Formula comes with a hybrid liquid-air cooling solution for the motherboard components, integrated RGB lighting, U.2 ports with support for NVMe, USB 3.1 Type A and Type C ports, a dual-band 802.11ac Wi-Fi adapter as well as the really powerful ROG SupremeFX 2015 sound solution, which includes an ESS ES9023P sound processor as well as Sonic SenseAmp technology. Despite all these features the Maximus VIII Formula has remained a standard ATX motherboard that measures 305 x 244 mm. 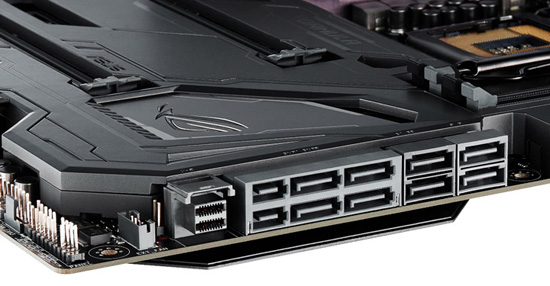 The price of the board is unknown as of now but given all the tech specs and features inside, the Maximus VIII Formula will surely be very expensive.