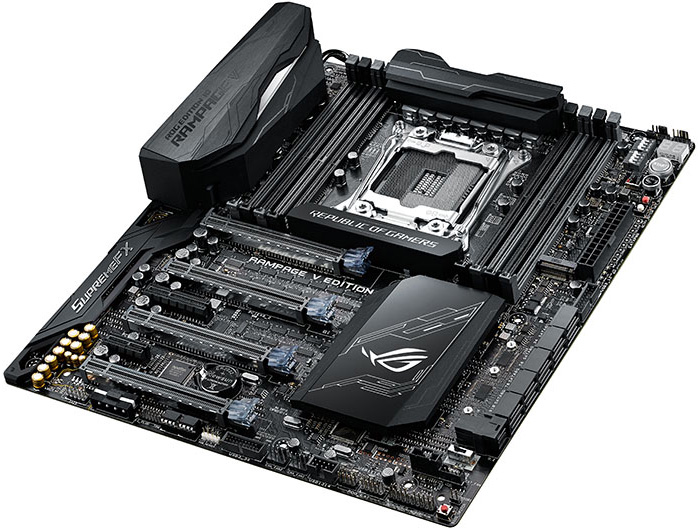 ASUS has devised an interesting way to celebrate the Republic of Gamers’ 10th year anniversary – the company has chosen to launch a new motherboard that features the Intel X99 chipset and has support for the latest Intel Broadwell-E processors.

The new motherboard is called ROG Rampage V Edition 10 and according to ASUS it has been specifically created for Intel’s ultra high-end Core i7-6950X processor. The board has the task to unleash the full power of the Core i7-6950X processor so it comes with tons of hardware features. We can mention an 8-phase VRM system, eight DDR4 memory slots for up to 128 GB of RAM, four PCI-E 3.0 x16 slots, one PCI-E 3.0 x4 and one PCI-E 3.0 x1 slots, ten SATA 3.0 ports as well as single M.2 and U.2 ports. In addition to this the ROG Rampage V Edition 10 has SupremeFX audio, two Gigabit Ethernet cards with support for GameFirst IV technology, ASUS Aura RGB LED lights, Bluetooth and 802.11ac Wi-Fi.

The new ASUS ROG Rampage V Edition 10 board will be in stores in the near future. The motherboard is expected to sell for around USD 600 – a price that most of you will not like.