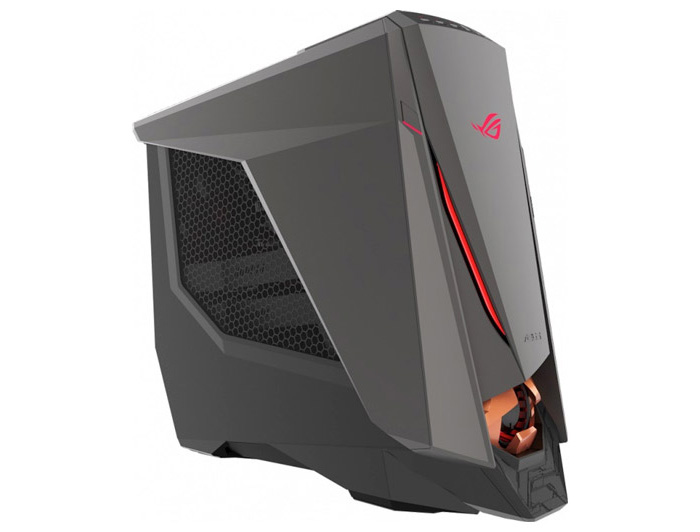 Despite the fact that the PC market has been shrinking for years now, ASUS plans to release one more powerful gaming computer called GT51. As expected the upcoming desktop machine belongs to the company’s Republic of Gamers (ROG) line and in order to tackle the latest games it also provides the best hardware there is.

Don’t expect Haswell-E chips inside the ROG G51, though – the computer is based on an Intel Core i7-6700K processor, which is not bad news at all, and also includes fast NVIDIA GeForce Maxwell video cards that can be up to two GeForce GTX Titan X cards. The GT51 is housed in a cool-looking LED-backlit chassis that comes with support for liquid cooling (the CPU is liquid-cooled out of the box) and there’s an internal air tunnel that keeps graphics cards temps low. The ROG G51 also has support for up to two M.2 SSDs in RAID 0 and up to six 2.5-inch/3.5-inch drives, a USB 3.1 Type-C port up front for high speed data transfers and quick charging of various peripherals and support for ROG Band – an NFC-enabled rubber wrist that enables overclocking with a wave. The Band can also activate Shadow Drive, which is an optional hard drive partition that remains hidden until ROG Band is ready.

As it usually happens there’s no information on when the GT51 will be in stores or how much it will cost but we think that it is needless to say that the new ASUS gaming PC will be expensive for sure.