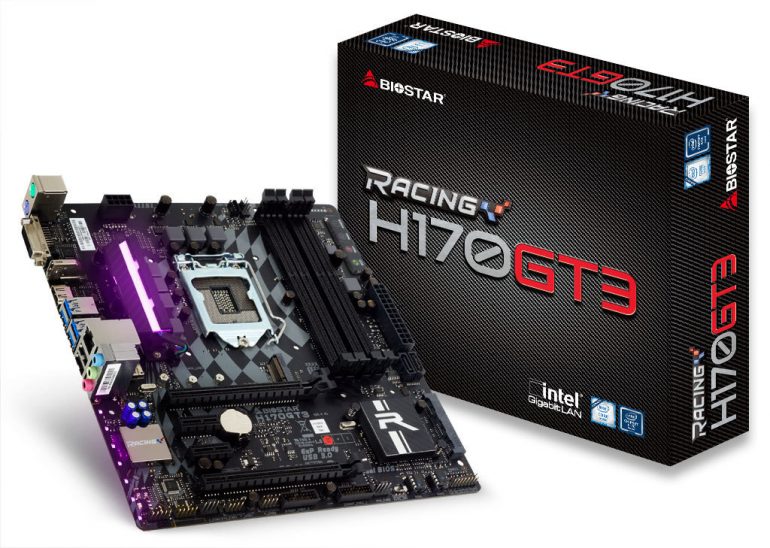 Biostar has announced a new Intel H170-based motherboard designed for Intel’s latest 14 nm Skylake processors. The board is called Racing H170GT3 and aims to give users some of the best features of the LGA 1151 platform in the popular micro-ATX form factor for a low price.

The new board by Biostar is now available for MSRP of USD 94.40.