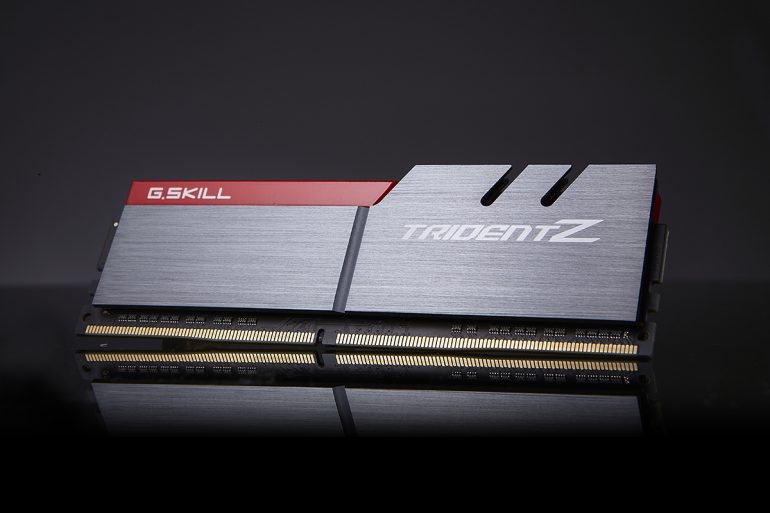 G.SKILL plans to take its high-end Trident Z DDR4 memory to new heights by introducing a new revision of this memory that can run at 4400 MHz. Until now the Trident Z line had memory that ran at 4000 MHz.

As expected the new DDR4-4400 memory targets hardcore hardware enthusiasts and will run in select high-end Intel Z170-based motherboards. The memory will come as modules with 4 GB of capacity and will run at CAS latencies of 19 clocks. There’s a price to reach this speed – the new Trident Z memory requires 1.4V to run properly, which will lead to higher power consumption and more heat that needs to be dissipated. The modules, however, will support Intel’s extreme memory profile technology (XMP 2.0) and it will be able to set extreme clock rates on compatible motherboards automatically.

The new memory is still under testing but will be on the market soon. Like we said it will work only in motherboards that have the proper circuitry and that can sustain 1.4V for the memory. In addition the latest BIOS for the motherboard might be required and it must support an appropriate XMP 2.0 profile.

The new G.SKILL Trident Z DDR4-4400 memory will be available in 8 GB (2 x 4 GB) kits only. There’s no word on pricing but given the tech specs and the speed offered, the new memory will be expensive for sure. We wonder how much more performance it will offer to the Skylake platform but this remains to be seen.