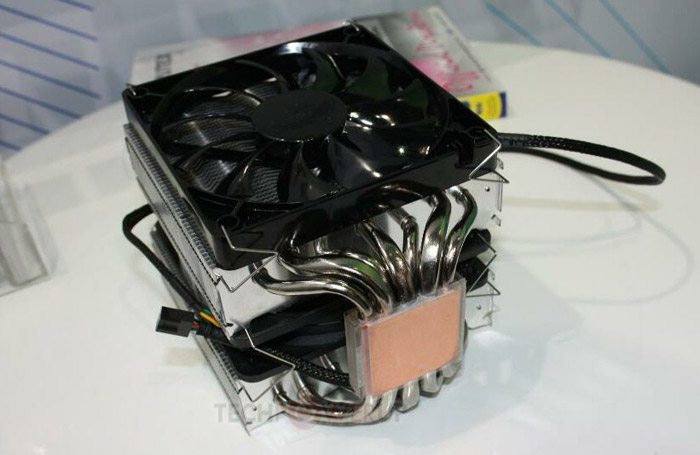 Strangely enough the new CPU cooler is not entirely black – instead just the two cooling fans and fins are colored that way. The Black Edition is however one serious piece of cooling hardware – it comes with seven heatpipes and two fans – Gelid Slim 12 PWM and Gelid Silent 12 PWM but if you feel this is not enough you can install a third fan. The heatpipes are also different – you get three 8 mm heatpipes for the hottest area of the processor and then four 6 mm heatpipes for the CPU peripherals. The heatpipes also feature a special heatpipe array for better cooling and taking full advantage of the cooling capabilities of the CPU cooler.