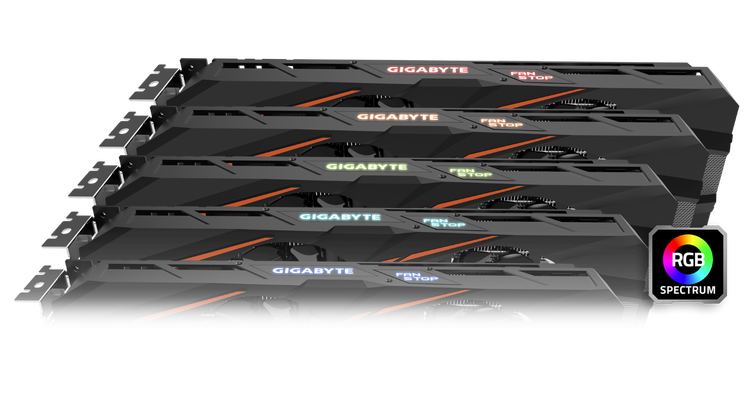 The new Gigabyte video card employs the popular WindForce 2X cooling solution, which includes two 90 mm alternate-spinning fans and two composite copper heat pipes that directly touch the GPU, which further improves the cooling performance. The 3D Active fan turns off when the card is under low loads or when idling. In addition the fan status is displayed on a LED fan indicator. The GeForce GTX 1060 G1 Gaming further comes with full-spectrum RGB lighting, which can be customized by using the XTREME Engine utility software. Moreover this card has been designed for overclocking so along with it you get a 6+1 phase power design that keeps the MOSFET working at lower temperatures and that provides more stable voltages. For even easier overclocking results users can install the XTREME Engine utility software for one-click overclocking. Some of the other key highlights include a metal back plate, highest-grade chokes and capacitors, and a smart power LED indicator.

Unfortunately Gigabyte has not listed the clock speeds of the GeForce GTX 1060 G1 Gaming so we assume that this is a reference GTX 1060 that comes with a number of improvements and default clock speeds.