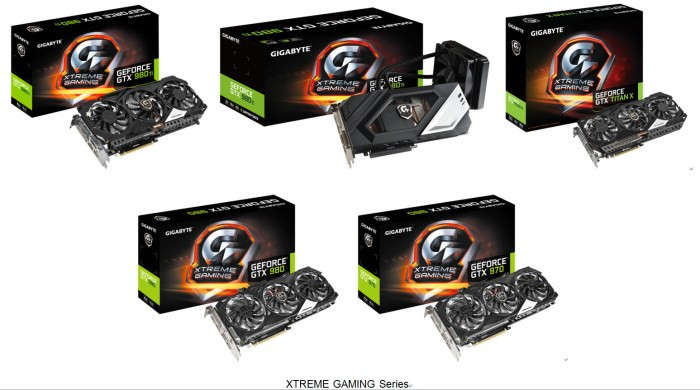 The GeForce GTX 950 is definitely a humble card compared to the more powerful GeForce GTX 980, GTX 970 and even GTX 960 offerings by NVIDIA but to Gigabyte the GTX 950 is a special card – it was the first to belong in a new line called XTREME GAMING.

It’s been a while since the launch of this Gigabyte video card so it is time to expand the existing series with new offers – Gigabyte has just announced five new graphics cards that belong to the same XTREME GAMING line. Here they are – Geforce GTX TITAN X (GV-NTITANXXTREME-12GD-B), GeForce GTX 980 Ti WINDFORCE Edition (GV-N98TXTREME-6GD) and WATERFORCE Edition (GV-N98TXTREME W-6GD), GeForce GTX 980 (GV-N980XTREME-4GD), and GeForce GTX 970 (GV-N970XTREME-4GD). 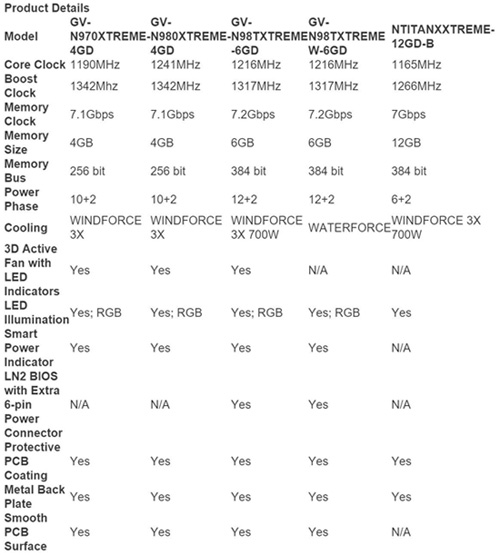