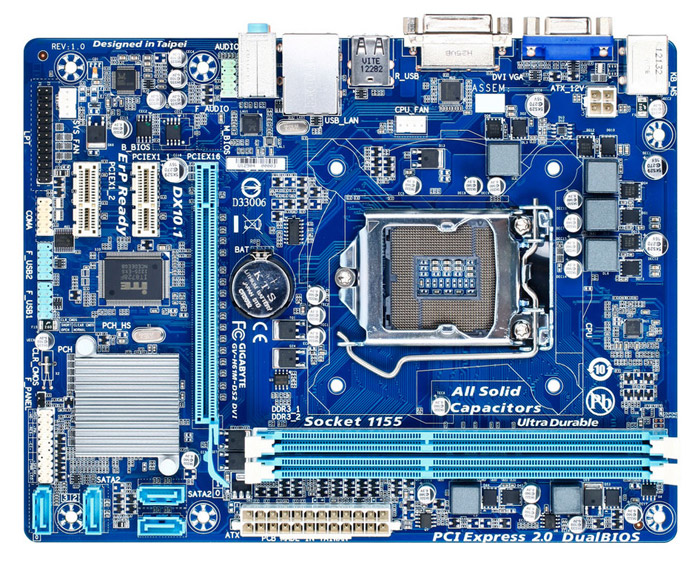 Called Gigabyte H61M-DS2 DVI and H61M-DS2 HDMI the two new products offer built-in DVI and HDMI as the product names suggest. Both of them fully support all current Intel chips including Core i7, Core i5, Core i3, Pentium and Celeron CPUs based on the 22 nm Ivy Bridge architecture.

Other specs include a four-phase voltage regulator, four SATA 2.0 ports, two DIMM memory slots for up to 16 GB of RAM, up to 8 USB 2.0 ports, Gigabit Ethernet LAN and support for 6-channel audio. In addition the two new motherboards feature UEFI BIOS and have been manufactured using Gigabyte’s Ultra Durable 4 technology.

Apart from the solid specs and high quality perhaps the best thing is price – both models will retail for under USD 50 – so the right time to move to LGA1155 might be now.